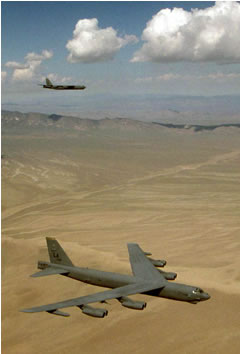 Recent conflicts demonstrated the decisive role of precision attack in modern warfare. Precision engagement systems were available in air forces’ arsenals since the mid 1970s, using laser guided bombs and TV guided missiles. Today’s systems differ from Vietnam era hardware in their sophistication, accuracy, autonomous all-weather operational capability and – most importantly – by networking with intelligence, command and control and “effectors” creating a tight, self improving sensor-to-shooter loop. Better integration and communications between the elements in this loop contribute to improved situational awareness, reflecting on eased operating restrictions set in the past, to avoid fratricide.

While aircraft, sensors and weapons are still limited in their networking, all-weather capability and standoff range, further developments are in place to overcome these limitations and introduce truly integrated advanced battlespace control and effects capability. The force of the future will employ multi-mission aircraft systems, with multi-spectral, fused sensors and robust, all-weather weapons delivery with increased standoff capability. Using less over longer distances will require reduced logistics tails, while covering more targets, with more diversified means of attack. These assets will be supported by new generations of satellites which will provide better responsiveness to ground, naval and airborne forces. The fully integrated force of manned, unmanned and space assets will be able to communicate at the speed of light, on the machine-to-machine level, rather than today’s man-to-machine, with a capability to conduct near-instantaneous global attack against a wide range of threats and targets.

With better, more immune GPS and better guidance systems, weapons are placed precisely where planned, requiring targets to be exactly identified and located before the attack. Air Forces can rely on precision for all the parameters of the strike – hitting the target at the right location, angle and speed, even at a specific aimpoint. The actual physical effect caused by the weapon can be planned to the last detail, by determining the explosive type, shape, fusing and weapon’s casing. Conventional high explosives bombs will detonate in a surface blast or, deep inside an underground bunker, creating a destructive blast wave explosions or a long overpressure thermobaric fireball detonated inside a building, without damaging the structure. Such precision requires gathering many details about the target prior to the actual attack. If a certain target cannot be identified, intelligence must provide other “indicators,” which will enable pilots and targeting assets to look for the objective in a certain battlespace and rapidly locate it as it appears. Such indicators cannot rely solely on satellite imaging. While satellites provide useful pictures, they do not always tell the whole story and are also susceptible to deception.