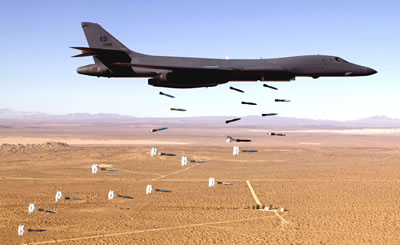 The high combat effectiveness demonstrated by precision guided weapons brought the US Air Force to reconsider the employment and mission priorities for its bomber force. The US Air Force uses three types of bombers – Northrop Grumman B-2 Spirit, Rockwell B-1 Lancer and Boeing B-52H Stratofortress. All three were designed during the cold war era to penetrate enemy airspace for strategic nuclear attack. They were equipped with the best systems available at the time to enable autonomous target acquisition and weapon delivery. The military transformation of the 21st century made these bombers obsolete in their original form, but when transforming to “net centric” assets, they become an instrumental element of Battlefield Air Operations, with unmatched weapons carrying capacity, mission endurance, global reach and rapid response capabilities.


Future bombers could be an evolution of current platforms, including a modification of the F/A-22 stealth fighter. A future derivative called the F/B-22 is currently considered by the air force, as it will be able to carry about 30 small diameter bombs (SDB). With a range of about 1,600 miles, and stealth capability that enables persistence behind enemy lines, penetration of sophisticated air defenses and supercruise, self protection and maneuverability, to expand the USAF long range strike capabilities. Similar capabilities will be also provided by the new generation of Joint Unmanned Combat Air Systems (JUCAS) under development at Boeing and Northrop Grumman. Current concepts call for a combination of manned/unmanned combat teams, in which the F/B-22 could become the manned element. 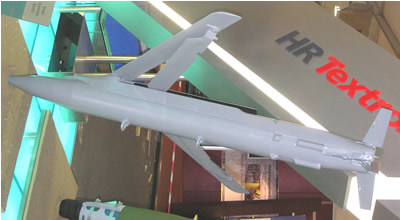 Apart from manned and unmanned aircraft, the USAF is also considering to develop conventional armed, intercontinental ballistic rockets with precision attack capability, designed to strike anywhere in the world, in minutes or hours rather than days or weeks. For the future the USAF is looking at several alternatives for a next generation bomber. The exact concept is not yet determined. Some possibilities are a manned bomber, an unmanned vehicle, will it be an airplane or whether it will go through or from space.

A Modernized ‘Backfire’ Prepared for Testing