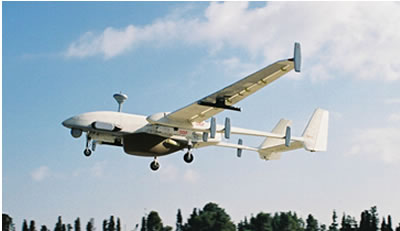 The Heron (Mahatz) MALE UAV system has been developed by IAI / Malat, to carry out strategic reconnaissance and surveillance. Initially deployed with the Indian defense forces, for high altitude land surveillance and maritime patrol missions, the Heron has been acquired by the Israel Air Force and Turkish defense Forces, for similar applications.

In May 2005 IAI announced the Turkish procurement contract worth $150 million, under which a joint company owned equally by IAI and Elbit Systems will be subcontracted by the Turkish TUSAS Aerospace Industry (TAI) to supply Heron UAVs, Elbit Systems ground systems and payloads for the Turkish MOD. Another contract worth of $50 million was signed with Israel MOD for the supply of Heron UAVs and multi-year support. According to IAI, the delivery of the first system is imminent. The IAF designation of the new UAV will be “Shoval” (Trail in Hebrew). It will replace the Searcher I and II currently in service. 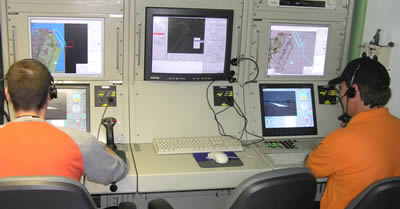 A derivative of the Heron named Eagle was selected by the French Air Force, to provide strategic and theater reconnaissance, intelligence collection and communications support. It is also expected to operate in the maritime surveillance and anti-surface warfare role. The UAV is powered by a 115 hp Rotax 914 engine and is designed to operate on missions of over 40 hours at an altitude of 30,000 feet. It can carry multiple payloads at a total weight of 250kg.

An enhanced version of the Heron, called Heron TP or Eitan, is developed for the Israel Air Force. Both vehicles are fully autonomous throughout the mission, including the automatic takeoff and landing phases. The vehicle is designed to carry multiple payloads, and perform multiple missions, such as COMINT, SIGINT and IMINT or SAR, IMINT and communications relay etc. Eagle can carry several types of sensors, including maritime patrol radar (MPR), different types of SAR/MTI, EO/IR payloads, SIGINT, COMINT, laser designator, communications relays etc.