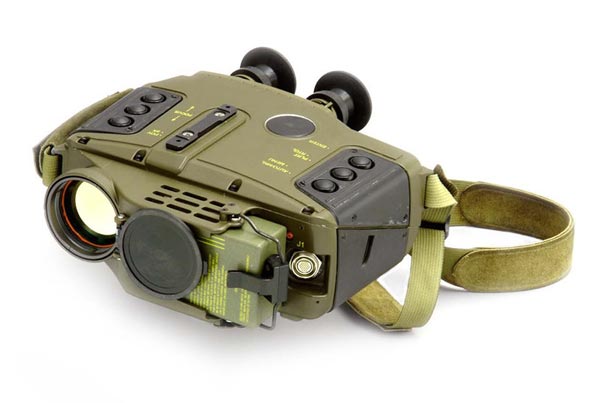 The Coral hand-held Long Range Thermal Imager (LRTI) system is a portable, binocular, hand-held, battery-operated thermal imager used for long-range observation (3.5-7.5 km range) used by recon teams or forward observer. The system was developed to address the requirements of the Israeli Army and was recently selected for service with the US Marine Corps.

Kollsman Inc., a subsidiary of Elbit Systems of America, has been awarded an initial $33.6 million delivery order for 226 high-performance Thermal Binocular System Long Range Thermal Imagers (LRTI). In the final phase of the competition, Kollsman competed against FLIR systems. In September 2005, DRS Technologies won another contract to supply thermal imagers for an associated USMC program known as Thermal Binocular Systems (TBS). Both TBS and LRTI are part of a USMC $660 million handheld thermal imaging procurement program. TBS TBS will be used by field commanders and squad leaders while the more capable LRTI is intended for use by recon and target acquisition units.

$250 million funding for LRTI covers multi-year procurement of up to 5,000 units. The product is based on the Israeli Coral system, developed and produced by El-Op, an Elbit System’s subsidiary, which is expected to perform 25% of the work on LRTI. Coral utilizes dual field-of view optics, 3rd generation 3-5µm focal plane array detector and an integral compass and GPS receiver. The battery operated system can be used in day or night, to detect a human sized target at a distance of 6 km, and recognize such targets at a distance of 1 – 1.5 km. Tank size target can be detected at a range of 11 km and recognized at 3 – 4 km.