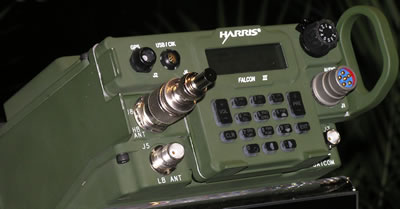 The system is designed to quickly accommodate new waveforms as they become available to address their future requirements. The Falcon III manpack radio is a companion to the AN/PRC-152(C) multiband handheld and AN/VRC-110 vehicular radios, introduced in 2005. With an extended range, Software Communications Architecture (SCA) operating environment, and significant processing power, it will accommodate new waveforms for networking, TACSAT, and public safety interoperability.