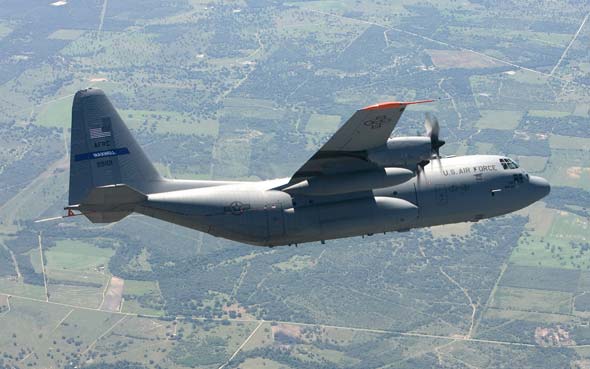 AMP modernization will focus on replacement of the old “round dial” instruments with state-of-the-art “glass cockpit” displays, including a heads-up display (HUD). The new avionics system features digital displays and the 737 commercial airliner’s proven flight management system, providing navigation, safety and communication improvements to meet Communication Navigation Surveillance/Air Traffic Management requirements. The upgrade boosts C-130 capabilities as the aircraft continues its world-wide employment. AMP will bring the C-130 into compliance with current navigation and safety requirements, standardize the avionics across the C-130 fleet, improving reliability, and eliminating the requirement for a navigator in most of the aircraft.

Boeing will also modify the C-130 Aircrew Training System to support the C-130 Avionics Modernization Program (AMP). The $56.3 million contract covers the modification of the lead C-130 AMP scheduled for delivry by 2009. The work will be performed by a team consisting of Boeing, CAE and Lockheed Martin.