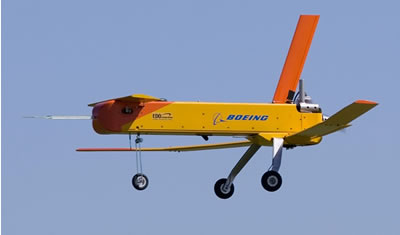 In the future, small UAVs could be programmed to adapt natural flock and swarm operational concepts, such as used by bees and hornets. Flocks of such small unmanned aerial vehicles (UAVs) are already helping engineers to develop smart swarming strategies for larger autonomous surveillance aircraft. Jonathan How, at the MIT is one of the pioneers in this new field, focusing on persistent surveillance. His team is working in collaboration with Boeing’s Phantom Works.

As an example of how such UAVs could perform, How says a swarm of surveillance UAVs could keep watch over a convoy, taking turns to land on one of the trucks for refueling. Working together as a team, they will ensure complete surveillance of the area around the convoy. Other applications include indoor surveillance. In recent tests up to five radio-controlled helicopters are being used to collaboratively track small ground vehicles and land on the back of small moving platforms. 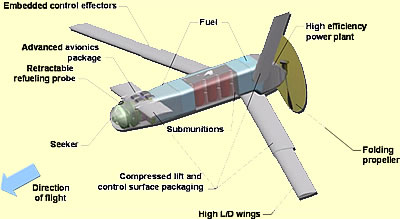 A different approach is the Wolfpack ‘cooperative hunters’ concept, where a swarm of UAVs tasked with missions such as searching after one or more “smart targets”, moving in a predefined area while trying to avoid detection. By arranging themselves into an efficient flight configuration, the UAVs optimize their combined sensing thus capable of searching larger territories than a group of uncooperative UAVs. Swarm control algorithms can optimize flying patterns over familiar terrain and introduce fault tolerance to improve coverage of unfamiliar and difficult terrain.

Since the early 2000’s the US Navy is developing and testing swarm operating techniques for future UAVs. The Smart Warfighting Array of Reconfigurable Modules (SWARM) UAV project at the Naval Surface Warfare Center has already assembled a fleet of 10 small UAVs built by Advanced Ceramics Research (ACR), Tuscon, AZ. These ‘networked’ UAVs are designed to operate in a cooperative fashion, functioning together as a UAV ‘swarm’. They can communicate relevant information and reconfigure themselves, autonomously changing direction in response to sensor input to achieve the mission at hand. In 2003, some of these UAVs renamed Silver Fox” were deployed to Iraq to support USMC units in the field. In 2005 the navy awarded Alion Science & Technology Corp of Chicago a US$20 million contract to further develop an intelligent control system for swarming unmanned vehicles to demonstrate autonomous operations and cooperative behavior for persistent surveillance.