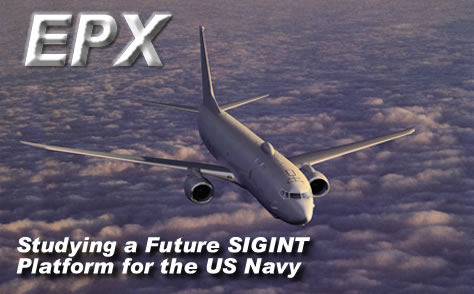 The U.S. Navy awarded three industry teams $1.25 million five month contracts (each), to help develop the system concept for the Navy’s EPX – the future manned SIGINT platform expected to replace the current EP-3. Planned as a replacement for the EP-3 Aries aircraft, the EPX will be a manned multi-mission, multi-intelligence, surveillance, reconnaissance and targeting (ISR&T) platform. EPX will support carrier strike groups at sea and theater, combatant and national commanders, operating from shore based forward operating locations. The EPX would assume the role of the Navy’s EP-3E aircraft and provide greatly expanded capabilities. The EPX will operate in concert with other maritime patrol and reconnaissance platforms, such as Broad Area Maritime Surveillance and the P-8A Poseidon.

“These contracts will allow industry to work with the Navy to analyze the current requirements for the EPX system and will further develop the concepts, cost and schedule for the program,” said Capt. Joe Rixey, Maritime Patrol and Reconnaissance Aircraft program manager. “These contractors will help us determine the technical criteria necessary to build a strong foundation for the EPX program.”

One team receiving the contracts is led by the Boeing Company, partnering with Argon ST. Boeing is also the prime contractor for the P-8 Posedon Multi-Mission Maritime Aircrraft (MMA), the successor or the P-3C Orion maritime patrol and anti-submarine aircraft. “as the prime contractor for that program we can leverage logistics, maintenance, support, training and other relevant data.” said Paul Summers, Boeing director of airborne SIGINT campaigns.

Another team led by Northrop Grumman joined by L3 Communications. Northrop Grumman is a major supplier of special-mission aircraft for the US Navy, particularly the E-2 Hawkeye and EA-6B Prowler electronic warfare aircraft. L3 Com was the prime contractor for the EP-3E. “This competition is about more than replacing an aircraft,” said Patricia McMahon, vice president of Information Operations and Electronic Attack for Northrop Grumman’s Integrated Systems sector. “It’s about transforming Navy warfighters’ ability to perform the ISR&T mission and share that information with joint and allied forces.

A third contract was awarded to Lockheed Martin, the original manufacturer of the P-3 platform and supplier of the Navy’s S-3B Viking, carrier-based aerial refueller and anti-submarine aircraft.

Following completion of concept refinement, the Navy will solicit proposals and select contractors for the technology development phase of the program. The Navy is expected to down-select to one contractor for the EPX system development and demonstration phase in late 2011 or early 2012. 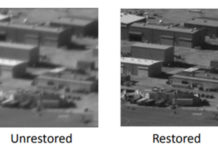