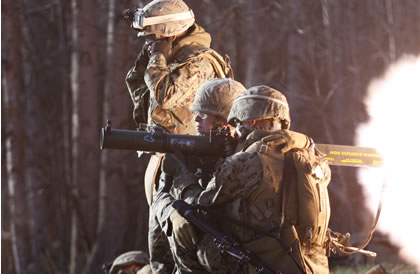 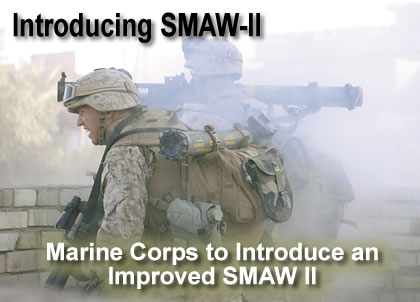 Nammo Talley, Inc., of Mesa Arizona will develop a new version of the Shoulder-launched Multipurpose Assault Weapon (SMAW II), capable of being Fired From Enclosure (FFE) assault rounds. The program also includes the associated ammunition, optimized for urban operations. A contract worth potentially over $50 million, covering the System Development and Demonstration (SDD) and initial production, was awarded this week by the U.S. Marine Corps.

For the SDD phase Nammo Talley will produce 18 Launchers and 165 FFE assault rounds; to be followed by 130 additional launchers and 750 FFE assault rounds to be produced through the low-rate initial production (LRIP) phase. The new weapon will improve a long overdue capability gap identified by the U.S. Marine Corps, which cannot fire the SMAW weapon from enclosed spaces indoors, due to the strong blast and toxic gases generated during the weapon’s firing. The improvement will also introduce a new rocket designed to be more effective against buildings, bunkers and soft targets.

According to Steve Wegener, President of Nammo Talley, Inc. “The SMAW II system will provide Marine gunners with better accuracy, lower weight, significant improvement in mission flexibility and is fully compatible with all existing SMAW ammunition.” According to the manufacturer, SMAW II features a proven FFE propulsion system, which allows target engagement from inside buildings, and combines the anti-structure capability of the current SMAW warheads with a new high-reliability electronic fuze. The new launcher increases system range and accuracy, improves reliability, and decreases weight by 40 percent compared to the current SMAW launcher. 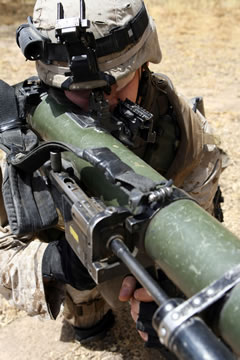 The SMAW II system shall consist of an encased Fire-From-Enclosure (FFE) assault round and the next generation SMAW Launcher. The system is a short-range, man portable, anti-material, fire from enclosure assault weapon that enables a Marine to neutralize a variety of ground targets. These targets include fortified positions (earth and timber bunkers), urban structures, and light armor vehicles.

Two years ago the Corps planned to replace the SMAW with more advanced, multi-purpose assault weapon known as Follow-Onto SMAW (FOTS). However, the program was shelved and instead, the SMAW is receiving a face lift to furter extend its operation. Raytheon and Nammo Talley have teamed to compete on the Marine Corps program, as well as for the forthcoming U.S. Army acquisition of a similar weapon. 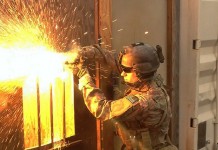