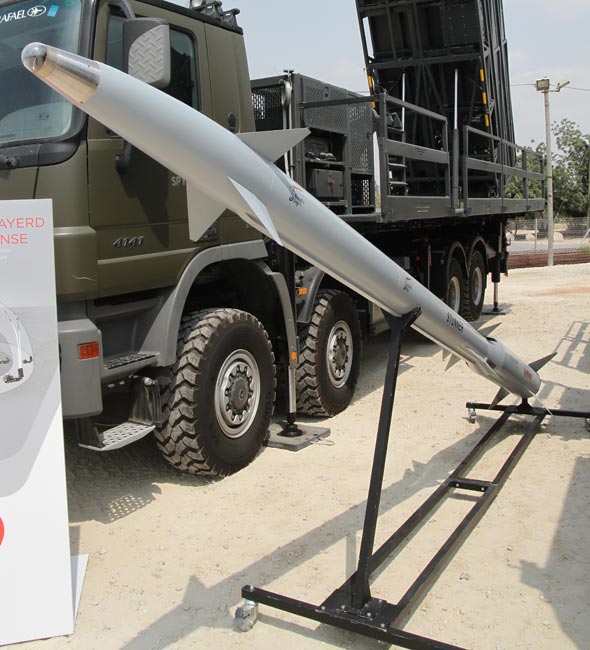 Raytheon has received two contracts worth in excess of $100 million from RAFAEL for the design and development of the Stunner missile and associated firing unit, as part of the ‘David’s Sling’ Weapon System (DSWS). RAFAEL is the prime contractor for the DSWS development, a joint program between the Missile Defense Agency and the Israel Missile Defense Organization. The system will defeat short-range ballistic missiles, large-caliber rockets and cruise missiles in their terminal phase of flight. Employable in a variety of engagement scenarios that combine ground-, sea- and air-based sensors, Stunner offers substantial operational and deployment flexibility.

The interceptor missile is an advanced hit-to-kill interceptor designed for insertion into the DSWS and allied integrated air and missile defense systems. The missile will be stored in and launched from the missile firing unit (MFU), vertical launcher. ”