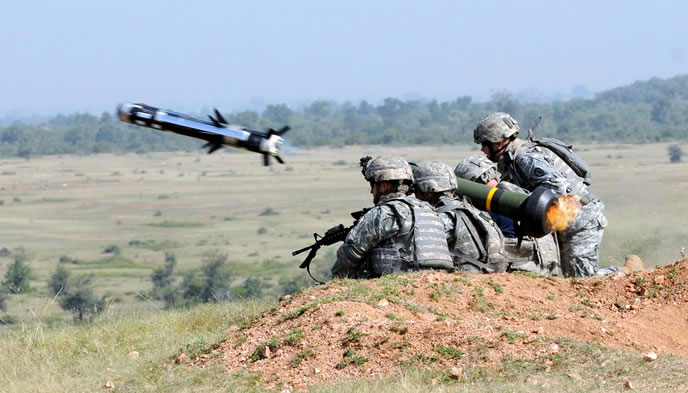 The British Ministry of Defense (MOD) is topping up the supplies of Javelin shoulder-mounted guided missiles used by the British land forces in Afghanistan with 1,300 additional missiles. Javelins are used effectively in theater to engage enemy targets such as mortar compounds beyond the range of small arms and medium caliber direct-fire weapons.

Javelin, a ‘fire and forget’ missile comes sealed in a disposable launcher-container. The missile comprises an integral thermal seeker to home-in on the target, and uses a reusable target acquisition and guidance kit, employing a thermal imager, which is also useful for area surveillance, night observation and situational awareness. The weapon can be fired from enclosed spaces, providing enhanced flexibility and protection for its crew.

Captain Warren Marginson, Second-in-Command of Afghanistan based B Company, 3rd Battalion The Rifles, commented that “Javelin is an invaluable asset to troops on the ground. Its accuracy and firepower mean we are now able to handle many more situations on the ground ourselves and reduce the need to call in close air support…  Javelin gives us the ability to identify insurgent activity in all conditions.