Astronautics CA Ltd. of Israel is presenting at Aero-India an innovative application of its Electronic Flight Bag (EFB), utilized as mission computer used in military transport aircraft. According to Menahem Donner, Manager, Airborne Systems Business development at Astronautics, implementing changes in avionic equipment requires a lengthy process. The EFB designed to operate as a stand-alone system can receive information from the aircraft but does not transmit any data and therefore does not have any effect on the flight safety or other critical systems. EFB is becoming a popular device in the cockpits of commercial aircraft, and is now entering military planes, providing a flexible tool running specific mission applications that can be developed by the user, on standard Microsoft Windows operating system and run on Windows as well.

Donner expects military applications to lead in these advanced applications, as commercial aviation certification of such devices would be more complex. An example of the uses could be 3D displays of 2D digital maps, or video monitoring system. Such application is already in use in the A330 Multi-Role Tanker Transport (MMRT), providing monitoring of the refueling boom, loadmaster position, drogue parachute and cargo bay, right from from the cockpit. 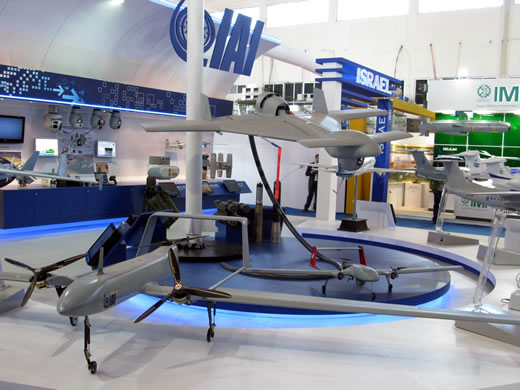 IAI, DRDO on Course to Integrate Barak-8 on the First Vessel in 2012