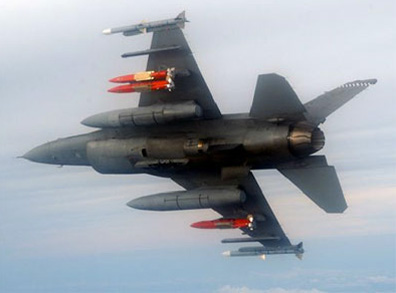 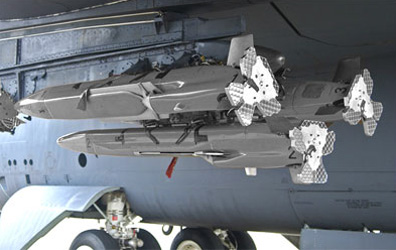 MALD is a state-of-the-art, low-cost flight vehicle that is modular, air-launched and programmable. It weighs less than 300 pounds and has a range of approximately 500 nautical miles (about 575 statute miles). The current MALD family includes both the baseline MALD and a stand-in jammer variant called the MALD-J.

MCALS has a steel, birdcage-like framework body that can hold as many as eight MALDs. MCALS is loaded on a standard cargo pallet, placed on a transport aircraft, and at a pre-determined altitude rapidly ejects the MALDs, which then initiate a standard wing deployment and engine ignition sequence.

“MCALS is another example of the innovative and affordable technologies Raytheon engineers are developing to support the warfighter,” said Bob Francois, vice president of Raytheon Advanced Missiles and Unmanned Systems. The baseline MALD, which is currently in production, protects aircrew and airborne systems by mimicking the signatures and combat flight profiles of U.S. and allied aircraft. The MALD-J protects aircrew and airborne systems by reducing or eliminating the need for manned stand-in jamming aircraft.