The Compact Kinetic Energy Missile (CKEM) is about 1.5 meter (60 inches) long, weighing less than 45 kg (100 pounds). It is designed to operate as short as  400 meters and at extended range, engaging tanks and other armored vehicles well beyond their effective range.

The missile’s kill effector is a hyper-velocity (+6.5Mach) long rod, defeating the target by kinetic energy. It is designed to defeat armored and fortified (structures) targets, including targets protected by explosive reactive armor and active protection systems. CKEM can be fired within or beyond line-of-sight, relying on passive target acquisition and engagement. The high velocity, hit-to-kill and advanced guidance  provides the warfighter with near fire-and-forget capability, overwhelming lethality and a high probability of first-round kill. The system demonstrated extreme lethality against bunkers, constructed structures and armored targets at both short and extended ranges.

The US Army identified armor and structure defeat requirements as capability gaps for the Infantry Brigade Combat Team and the Stryker Brigade Combat Team. These gaps could be bridged by future deployment of CKEM at both close extended ranges. 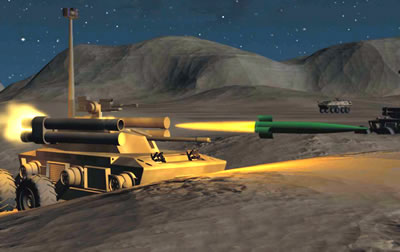 CKEM is designed for the Army’s Future Combat Systems (FCS). The weapon will be integrated into the Future Combat Vehicle (FCV), heavy ground platforms, and rotor wing platforms. CKEM program is a follow-on to the currently deployed Line Of Sight Anti-Tank (LOSAT) system.

In September 2006 Lockheed Martin performed a second successful test of the Compact Kinetic Energy Missile (CKEM), against a reinforced urban structure. The next two tests scheduled for this year will demonstrate the weapon’s ability to defeat enhanced reactive armor.  Lockheed Martin received a $78 million contract in 2003 for CKEM’s ATD phase. Successful completion of sled tests and ATD work will ensure the missile is ready to enter the SDD phase of development later this year. 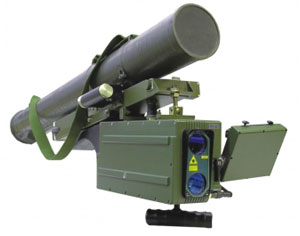