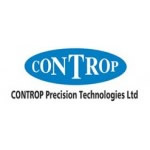 Two of Israel’s defense industries – Rafael Advanced Defense Systems and Aeronautics will acquire the ownership in Controp Precision Technologies for an estimated amount of about $90 million. Aeronautics already owns 18 percent of Controp’s stocks and following the current transaction will obtain 50% of its shares. Rafael will acquire the remaining 50% from the founders.

Controp became one of Israel’s leading electro-optics manufacturer, specializes in the development and manufacturing of customized electro-optical systems for the military and homeland security markets. The company has about 180 employees and its annual sales are about $60 million.

The company was founded in 1988 as an electro-mechanical system engineering specialist, the company developed complex Pan-Tilt platforms for antennae and electro-optical payloads, moving later into the design, development and manufacturing of stabilized Electro-Optical systems, and was the pioneer in the development of continuous zoom assemblies for thermal imagers. In recent years the company also focus on the development and production of complete thermal cameras (FLIR), both cooled and uncooled. system engineering company. Among the company’s products are advanced, stabilized EO payloads used on unmanned aerial vehicles (UAVs), aerostats, helicopters, maritime patrol aircraft, mast-mounted observation towers and reconnaissance vehicles as well as naval platforms. The company has developed a line of miniaturized, stabilized EO payloads, selected as the standard issue for all the mini-UAVs used by the Israel Defense Forces.