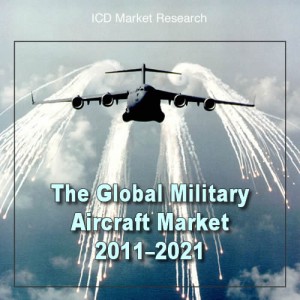 Despite massive cuts in defense procurement North America is expected to account for the largest share of the global military aircraft market sharing 42.9% of the total global expenditure on military aircraft during the next 10 decade. Two programs dominate this procurement – the development and production of 2,456 F-35 multi-role fighter aircraft as part of the Joint Strike Fighter program and continued procurement of 452 V-22 Osprey tilt-rotor transport aircraft. Despite significant austerity measures, Europe and most notably Asia, are expected to account for a significant portion of the total military aircraft, with shares of 24.1% and 21.8% respectively.


Aircraft fleet modernization will be the main driver for military aircraft procurement during the forecast period. After ten years of intensive operations in Afghanistan and Iraq the US and allied countries in Europe will have to replace their aircraft which have been in continuous use over the past decade. Countries in Asia-Pacific, Latin America and the Middle East also need to modernize and replace their aircraft further driving the market forward.

The global environment is characterized by ongoing tensions and conflicts among various countries around the world which is supporting demand for military aircraft. Historically, countries follow a policy of enhancing their military as a deterrent to hostile nations and consequently the military aircraft market is recording strong growth despite the commercial aircraft industry exhibiting a downward trend.

The modernization of fighter aircraft also drive the demand for advanced trainer aircraft. In meeting this growing needs, manufacturers are developing trainer aircraft that are more flexible in adapting to perform a number of training roles.

Investment in Intelligence, reconnaissance and surveillance (ISR) is also growing, driven by countries involved in border disputes with neighbors, as well as those investing in maintaining high alertness and deterrence.

Multi-role aircraft category is expected to account for the highest proportion of spending in the global military aircraft market due to its suitability to perform multiple missions, therefore better adapting to offer savings mandated by budget cuts. Multi-mission aircraft and helicopters are commonly applied to various missions including attack, reconnaissance, rescue operations and transport.

The global economic slowdown has reduced the defense budgets of most leading spenders in the world, including the US, France, Germany and the UK. Cuts to military expenditure have led to the cancellation and indefinite delays of various military aircraft programs, and are having a detrimental impact on the growth of the industry.

The global economic slowdown has also reduced military expenditure worldwide, driving more countries to share the R&D, and procurement costs through the establishment of joint projects. Partnerships between defense firms have also increased with more countries seeking to develop indigenous capabilities in platform manufacturing but lack the R&D capability to achieve these goals by themselves. Establishing strategic alliances and technology-transfer agreements with global military aircraft manufacturers enable them to achieve their goals.

ICD Research is a full-service global market research agency and premium business information brand specializing in industry analysis in a wide set of B2B and B2C markets. ICD Research has access to over 400 in-house analysts and journalists and a global media presence in over 30 professional markets enabling us to conduct unique and insightful research via our trusted business communities. Through its unique B2B and B2C research panels and access to key industry bodies, ICD Research delivers insightful and actionable analysis. The ICD Research survey capabilities grant readers access to the opinions and strategies of key business decision makers, industry experts and competitors as well as examining their actions surrounding business priorities.