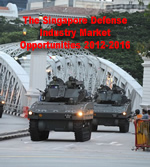 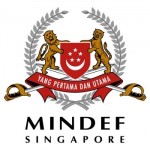 Singapore has the largest defense expenditure in the South East Asian region, and the country’s defense spending is expected to increase substantially by 2016. The country’s defense expenditure is primarily driven by the threat of terrorist organizations such as Jemaah Islamiah, and the country’s focus on the protection of important trade routes, such as the Strait of Singapore and the Strait of Malacca, from the threat of piracy. Singapore’s army is relatively small, resulting in the country using technology as a force multiplier, another factor which increases its defense expenditure. It’s small size also renders it unable to provide adequate training facilities for its armed forces personnel. As such, the country relocates army training facilities to foreign countries, a decision that creates the need to purchase training stations and detachments overseas.

The From 2011 to 2016, (the forecast period), Singapore is expected to invest in advanced technology for its armed forces, including purchases in areas such as such as stealth technology, unmanned technology and precision guided systems. Homeland security expenditure is also expected to increase the demand for CCTV, advanced electronic systems and biometric checking.

As Singapore is investing in advanced technology for its armed forces, it requires technology transfer agreements for all defense procurements in order to ensure future repair and maintenance and to enable the customization of equipment in accordance with the country’s needs. Additionally, Singapore’s FDI (Foreign Direct Investment) policy allows foreign defense companies to establish a fully-owned subsidiary in the country and, in order to further encourage investment, favorable tax laws also exist for foreign companies.

Singapore procures the majority of its defense equipment from foreign companies, with its defense imports driven by the country’s policy of utilizing technology to improve the efficiency of its armed forces. Some of Singapore’s major defense imports include arms, ships, missile systems and armored vehicles. Historically, the largest supplier of arms to Singapore was the US; however, from 2005 to 2010 (the review period), countries such as France and Germany have made substantial inroads into the country’s defense industry.

The Singaporean Government prefers technology transfer agreements for defense equipment acquisitions, and, as a result, this is the most common route for original equipment manufacturers (OEMs) to enter the domestic defense industry. In order to procure spare parts and other common equipment, the government also has an online portal, the Ministry of Defense Internet Procurement System (MIPS), through which registered suppliers are issued with a smart card, and only such companies are allowed to enter the bidding process for defense equipment. Defense suppliers obtain a smart card through registration with the defense ministry. Additionally, Singapore has devised an innovative procurement method through lease-to-own arrangements, a policy that substantially reduces initial capital investment, gives Singapore early access to advanced defense equipment and reduces Foreign Military Sales (FMS) commission. Foreign OEMs can therefore enter Singapore’s defense industry by offering equipment through lease-to-own arrangements.

Singapore is a relatively small country, with a total land mass of 710 square kilometers. The size of the country limits the land available for the establishment of manufacturing facilities, a factor which acts as a barrier for foreign companies considering investing in Singapore. The country’s declining birth rate, small population and resultant labor shortage also act as barriers to entry. The country’s acute land shortage is reflected by the fact that the Singaporean Government trains military personnel at foreign facilities.

ICD Research is a full-service global market research agency and premium business information brand specializing in industry analysis in a wide set of B2B and B2C markets. ICD Research has access to over 400 in-house analysts and journalists and a global media presence in over 30 professional markets enabling us to conduct unique and insightful research via our trusted business communities. Through its unique B2B and B2C research panels and access to key industry bodies, ICD Research delivers insightful and actionable analysis. The ICD Research survey capabilities grant readers access to the opinions and strategies of key business decision makers, industry experts and competitors as well as examining their actions surrounding business priorities.