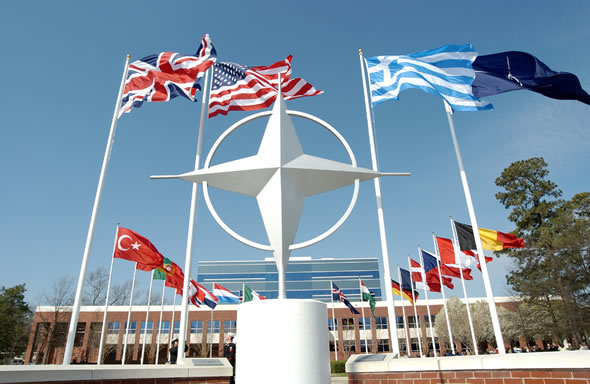 Turkey says it’s blocking Israel’s inclusion in a NATO summit in Chicago until Israel issues “a formal apology” for an attack on a Turkish ship in 2010. Turkish Foreign Minister Ahmet Davutoglu vetoed Israel’s participation in the summit — scheduled May 20-21 — during a NATO foreign ministers’ meeting last week in Brussels, the Hurriyet Daily News reported yesterday.

“There will be no Israeli presence at the NATO meeting unless they issue a formal apology and pay compensation for the Turkish citizens their commandos killed in international waters,” a Turkish official told the Hurriyet Daily News. Davutoglu referred to the seizing of the Mavi Marmara in international water, enroute to Gaza, as part of an attempted Turkish effort to break the Israeli naval blockade on Gaza. Eight Turks and one Turkish-American citizen died in this attack, which resulted into violence following the commando’s attempt to take control of the ship. Relations between Turkey and Israel were sour before this incident but continued to deteriorate ever since.

“There are demands from us for the removal of our veto but this is out of question,” the official said. Some foreign ministers, including those of the United States and France, have criticized Turkey for bringing its issues with Israel to the NATO platform, calling it a violation of NATO’s values.
Tweet
Recommended Posts