The US Army awarded NIITEK, Inc. a sole source contract for the supply of Ground Penetrating Radar (GPR) Husky Mounted Detection System (HMDS). This multi-year contract has a ceiling of US$579 million with an initial order of $161 million. This contract provides the U.S. Army the ability to procure spares and replacement systems to replenish theatre sustainment stock. Additionally, this contract will serve future system requirements for the U.S. Army, U.S. Marine Corps, and potential Foreign Military Sales. The current Indefinite-Delivery/Indefinite-Quantity (IDIQ) contract represents the largest investment in the HDMS system sofar. In previous years NIITEK ramped up production and deliveries of HMDS, orders 240 HMDS and initial support of fielded systems. The recent order will mainly cover the support of those fielded systems.

According to Juan Navarro, President of NIITEK, his company has supported the route clearance mission over the past four years and the current contract secures continued support for current and new systems. “NIITEK’s fleet of HMDS systems is the largest deployed and operational GPR systems in the world designed to locate buried hazards.” Mr. Navarro added. NIITEK is a subsidiary of the Chemring Group PLC. NIITEK was acquired by Chemring in December 2008. 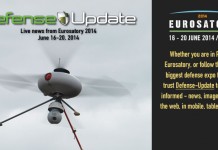 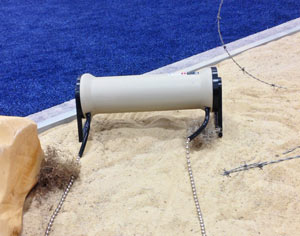