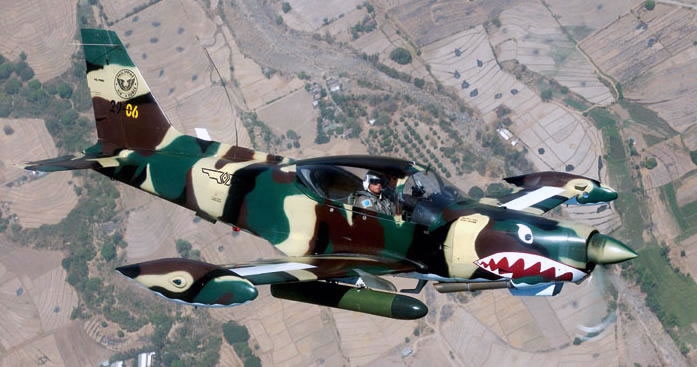 For the first time in its history, the Philippines is looking to non-USA sources for combat aircraft to strengthen the nation’s warfighting capabilities. The Philippine Department of National Defense (DND) is reported to be in the market to purchase as many as two squadrons of combat aircraft and, according to DND representatives, has already entered into negotiations with non-USA manufacturers. Usually, a squadron would consist of 15 to 18 aircraft, but each squadron is configured to meet specific defense needs. On 7 May Dr. Peter Paul Galvez, speaking for the DND, announced that the Philippines had approached several nations with an eye towards procuring war materials needed to upgrade the nation’s armed forces. He stated that France, the United Kingdom, Italy, and South Korea were all prime candidates being considered.

Dr. Galvez indicated that his nation was in the market for second-hand combat aircraft and missile-firing gunboats in an effort to modernize the military and build an effective defense force. In consideration of the nation’s budget limitations, the DND seeks to achieve an acceptable balance of cost, capability, maintenance needs, and longevity in purchasing the desired warfighting assets.

The Philippines is now locked in a tense maritime dispute with China over ownership and control of Scarborough Shoal in the South China Sea. Chinese and Filipino ships have been in a face-to-face standoff for more than a month now with no end in sight. Both nations have dispatched ships to the area to secure their claims to the Shoal and the surrounding waters. Dr. Galvez also stated that the DND is also reviewing the possibility of procuring jet trainers for the Philippine Air Force (PAF). The PAF currently flies Italian Marchetti S211 jet trainers, aircraft that are frequently used in a ground-attack role in the nation’s continuing war against insurgents.

The Philippines wants to negotiate “government-to-government” purchases in an effort to save money. When asked if the Philippines was planning to buy modern multi-role aircraft, Dr. Galvez said that such an acquisition was a dream of the DND, but one that would not likely fit into the defense budget. He also mentioned the substantial costs involved in maintaining new aircraft, costs the Philippines is presently not able to afford. He said that if they can buy “cheaper planes of the same quality and firepower, that’s another plus factor” for the Philippines.

During a radio interview on 16 May, Philippine President Benigno Aquino stated that he had requested second-hand F-16 Falcons from the United States, but this request may not be practical considering the maintenance costs associated with keeping the aging aircraft operational. He said, “It’s not necessarily the F-16s. We are also looking at jet fighters with the same capability as that of the F-16 but are cost-efficient and low in maintenance.”

President Aquino went on to say that his government was looking to spend between $400 and $800 million for each of two combat squadrons. He also pointed out that the PAF’s last fighter jet, a Vietnam War-era Northrop F-5A/B Freedom Fighter, was retired in 2005. For all practical purposes, the Philippines no longer has a credible air defense capability.

Last month, Manila requested additional military assistance from the United States including aircraft, radar systems, and gunboats. This request was submitted as a means of enabling the Philippines to create a “minimum credible defense.” Aquino went on to say that his government had various options to consider and that the nation has the “capacity to buy brand new, but not from America.” He declined to mention any specific aircraft model being considered and he said he was not at liberty to mention the country of manufacture at that time.

The president also stated that the DND’s acquisition endeavors also included upgrading the Navy. The flagship of the Philippine Navy, and largest warship the Navy has, is a former US Hamilton-class Coast Guard cutter, now renamed the BRP Gregorio del Pilar. A second and more capable Hamilton-class cutter, the USS Dallas, is expected to be delivered in November of this year.

President Aquino said that the DND was in the process of completing 132 projects with the expectation that these efforts would be finalized by the end of July of this year. The projects now in the works are unlikely to approach the level some analysts believe is needed for the Philippines to deploy an effective defense capability.

The Center for a New American Security (CNAS), an American think tank, has published what their analysts believe are the Philippines’ minimum defense needs. According to CNAS, the Philippines needs at least four F-16 squadrons (48 aircraft), modern frigates, fast corvettes, minesweepers, and four to six mini-submarines to meet the challenges posed by China’s military modernization. CNAS claims that upgrading the Philippines’ defense posture as a counter to Chinese ambitions is in the best interest of the United States and her Asia-Pacific allies.

A Philippine modernization on the scale CNAS advocates is almost certainly beyond Manila’s financial ability at the present time. Such an extensive modernization would undoubtedly require financial assistance from the US and other Asia-Pacific nations, a prospect that is unlikely given the global economic challenges now hobbling the United States and other nations. 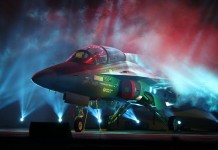