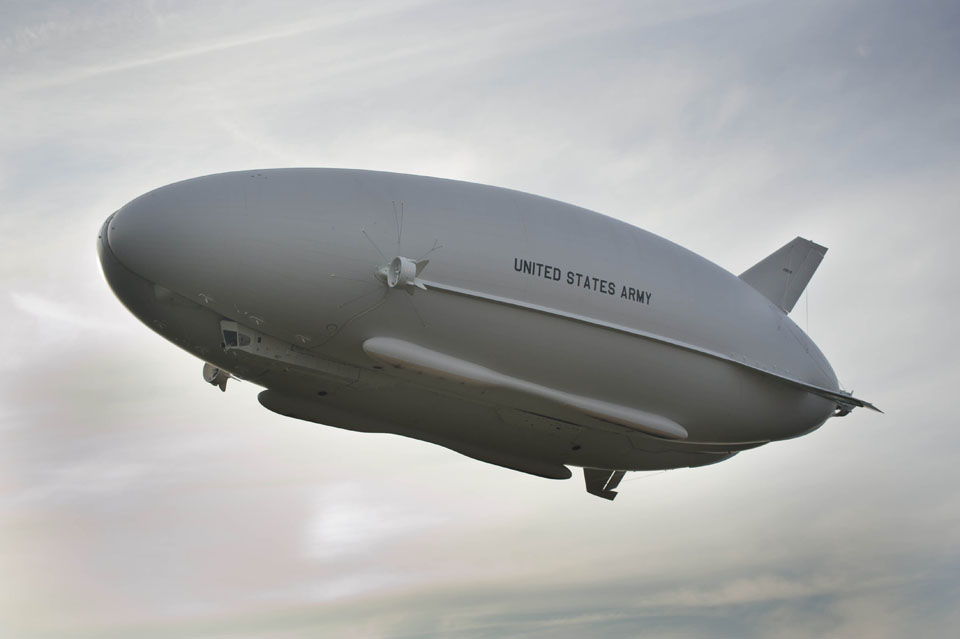 The Long Endurance Multi-Intelligence (LEMV) Hybrid Airship built by Hybrid Air vehicles and Northrop Grumman went on its first flight yesterday (August 7,2012) from the military base at Lakehurst, New Jersey on a 90 minute flight. The airship that measures 300 feet (91 meters) from tip to tip combines aerodynamic lift and buoyancy to keep position and fly.

The Army planned to have used LEMV for

persistent wide area surveillance missions in Afghanistan by now, but due to program delays the hybrid airship could reach initial operational status only next year at the earliest. At its first flight LEMV was piloted with a crew on board, but on operational missions the vehicle would be used unmanned. According to the manufacturer, a fleet of 18 LEMVs patrolling the Afghan skies could be maintained by few dozens of support personnel stationed in the country.

LEMV is the only survivor of several mega airship programs experimented by the US military in recent years. Another airship – the HALE-D developed by Lockheed martin deflated and crashed on a test flight while the Blue Devil 2, developed by MAV-6 was terminated before completion of the mega airship.

The top video is an official clip released by Northrop Grumman few days after the flight. Below is the video of the LEMV published immediately after the flight on Youtube, by the a witness.