Eying to sustain the strength of its remaining heavy force, the Army is embarking on upgrading programs to regain the performance levels these combat vehicles were originally designed for. Such Engineering Change Proposals (ECP) currently underway for the M-1 SEP-2, Bradley and M-109 are addressing those Space, Weight and Power-Cooling (SWaP-C) gaps.

An ECP that has already matured into production is the product improvement of the M-109A6 Paladin self-propelled artillery system. Under the PALADIN Integrated Management (PIM) program, this self propelled howitzer and its ammunition carrier will receive new chassis standardizing many M-109A6 parts with the Armored Brigade Combat Teams’ Bradley vehicles. Unlike past upgrades, ECP modifications would not result in capability enhancements beyond the level originally planned for each vehicle. The ECP is expected to ‘buy back SWaP’, by redesigning and modernizing certain elements of the vehicles.

PIM mates the main armament and cab structure of the M-109A6 PALADIN with a new chassis comprising newer components, common with the Bradley family of vehicles. The chassis introduces a more powerful powertrain, including a stronger engine (V903 675 horsepower), transmission and steering system, and wider tracks, improving ground pressure for better mobility. The hydraulic turret drive will be replaced with a new electrical drive. Utilizing a 70 kW, 600 Volt converter this system is derivative from the beyond line of sight cannon, one of the few remnant of the Future Combat Systems program. This new drive system will improve reliability, sustainability and survivability. An improved electric ramming system will also be added.

The Army currently have 950 M-109A6 sets and, according to plans, 580 will be improved through the PIM program. Currently five modified PIMs and two upgraded Forward Artillery Fire Support Vehicles (FAFSV) are undergoing testing; PIM is slated to begin fielding in late FY17 as part of the Army’s modernization to its self-propelled howitzer fleet.

BAE Systems is supporting the program under a public/private partnership between the Army’s Project Manager-HBCT, Anniston Army Depot and BAE Systems. The PIM production would be performed at Anniston Army Depot, Alabama and BAE Systems facilities in York, Penn.; Minneapolis, Minn.; Sterling Heights, Mich.; Endicott, N.Y.; and Elgin, Okla. In December 2012 the company plans to complete low-rate initial production (LRIP). “BAE Systems’ plan to expand the Elgin facility will mean more jobs for the area as the PIM program provides improved technology for our Army artillery personnel.” said U.S. Sen. Jim Inhofe (R-Okla.) “This announcement means that jobs will be moved to Elgin two to three years sooner than they otherwise would have under the old plan.” Infofe said.

PIM is the first ECP upgrade to enter production. According to BAE Systems, the PIM LRIP award is slated for the third quarter in 2013 and follows the successful design and development work at BAE Systems’ York facility and recent Limited User Tests (LUT) conducted by the company and the Army in Yuma, Ariz. As part of the PIM LRIP program, BAE Systems will focus on the final integration, assembly and test of 72 PIM systems. The LUT was conducted in October 2012 by soldiers from Alpha Battery, 4th Battalion-27th Field Artillery, 1st Armored Division, of Fort Bliss. The test provided proof of the new systems’ suitability, effectiveness and survivability of the platform. According to Lt. Col. Dan Furber, product manager for Self-Propelled Howitzer Systems, the Army will complete the Reliability, Availability, and Maintainability (RAM) growth curve as required prior to the Milestone C Low Rate Initial Production decision scheduled to occur in June 2013. “If the PIM meets expectations the Army will begin Low Rate Initial Production in 2013, with the full production to follow in early 2017,” added Furber. 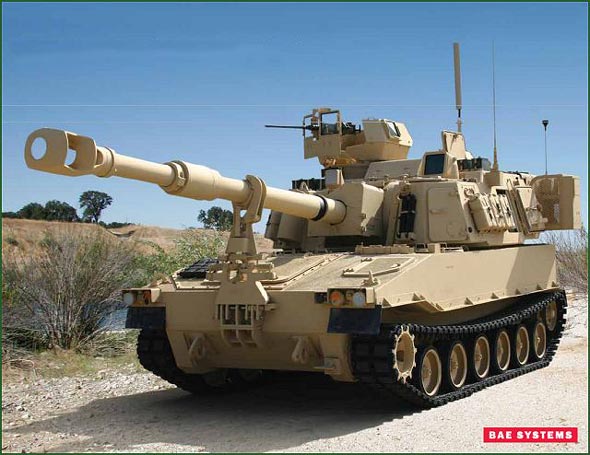