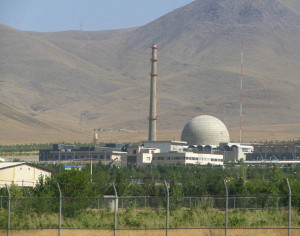 The final week of February 2013 was marked by events that may have changed the perception of Iran’s nuclear program and the chances of finding a non-belligerent solution to this problem. First, the periodic IAEA report on the inspections in Iran was published, with some new details on Iran’s nuclear activities. A careful reading of the latest IAEA report reveals that Iran continues relentlessly to further the potential to break out and achieve a nuclear weapons capability quickly. Second, the 2-day talks between the P5+1 and Iran in Almaty, Kazakhstan apparently included new concessions to and fewer demands of Iran. Third, an article by former British Foreign Minister Jack Straw published in the Telegraph recommended that the world recognize the situation and adopt a policy of “containment,” thereby accepting the inevitability of Iran becoming a de facto nuclear weapons state.[1]

Iran now has about 9,000 uranium enriching centrifuges of the older IR-1 type installed at its facility in Natanz. These centrifuges are enriching uranium hexafluoride to the level of 3.5 percent uranium-235, and so far more than eight tons of this material have been accumulated. Fordow, where some additional enrichment activities have taken place, is another source of concern. At this small well protected facility, installation of some additional 2700 gas centrifuges has neared completion. Of these, some 700 centrifuges were being used to enrich uranium to 19.75 percent, while the other centrifuges were apparently not yet operational. At both enrichment sites, Iran utilized part of the 3.5 percent inventory to produce 280 kilograms of 19.75 percent enriched uranium. 250 kilograms of this material are considered sufficient, through further enrichment to 90 percent, for the production of one core for a nuclear explosive device. Perhaps because of the psychological effect of this surplus, Iran removed some 111 kilograms to Isfahan for the manufacture of nuclear fuel for the Tehran Research Reactor.

Were Iran to use all of its 3.5 percent inventory, and were it to use all available centrifuges to further enrich this inventory to the 19.75 percent and then up to the military level of 90 percent, it could probably obtain the 25 kilograms of uranium metal for its first nuclear explosive core in less than six months, and subsequent cores in shorter time intervals, obtaining a total of 5-6 cores from the present 3.5 percent inventory. This time estimate will probably be accelerated, since Iran began installing a newer and more efficient type of centrifuge, and if Iran uses any of the 19.75 percent inventory it holds.

By the first quarter of 2014 Iran is expected to complete the construction of the 40 mW heavy water reactor in Arak. This reactor “going critical”, will cross the point of no return in the Iranian plutonium route

Working in parallel to the uranium enrichment route, Iran has advanced considerably in the development of the other route to nuclear weapons – the plutonium route. The construction of the 40 megawatt heavy water natural uranium reactor has progressed, and the Iranians reported to the IAEA that they expected to complete the construction of the reactor in the first quarter of 2014. Were the reactor to “go critical” at that point, this would in effect constitute the point of no return in the plutonium route, since a military attack on an operational reactor is considered to be out of bounds in international norms. Although it would still take some two years to have the nuclear fuel from this reactor ready for reprocessing, and some additional time until a plutonium core could be produced, it would still signal an alarming state of affairs. What piqued the world’s attention was the satellite photograph of steam coming out of the cooling system at the heavy water production plant at Arak. In fact, however, this plant has been operating for some years, and this was no extraordinary observation.

This was the setting for the Almaty talks between the P5+1 and Iran that were held on February 26-27, 2013. Although not all details of the P5+1 offer that was placed on the table are known, it is the first time that certain Security Council demands, e.g., the suspension of uranium enrichment activities, were ignored, and the parallel demand for the suspension of plutonium-related activities was apparently not even mentioned. This is a significant breakthrough for the Iranians, as the other side could gain but little time from the demand that the enrichment activities to the level of 19.75 percent be stopped and the inventory dispersed. From what remains unsaid it seems that Iran could continue to enrich uranium (to 3.5 percent) and continue with the construction of the Arak reactor. In return for an agreement, some sanctions would be eased.

It is difficult to imagine what the P5+1 expect to achieve with such an agreement, except for an optimistic proclamation that apparently “engagement” can work, and that this approach will be pursued further. The Iranian Foreign Minister even said that relationships between Iran and the US could improve considerably as a result of the “melting ice.” This would constitute a major victory for Iran while it proceeds with its nuclear program, since it has already proved that it can withstand the current sanctions. Iran would retain all its technical capabilities and the ability to further develop them, and any agreement would halt the imposition of new and advanced sanctions that could pressure Iran to heed the Security Council demands.

Against this backdrop and precisely at this time, the article by a former British Foreign Minister recommended the approach of “containment.” When reviewing the positions of the members of the P5+1, especially the views of the US, Russia, and China, one cannot but assess that no belligerent action against Iran will likely take place. The world (represented by these countries) does not view the proliferation of nuclear weapons as a casus belli. This is perfectly demonstrated by the advances made by North Korea in the development of nuclear weapons in both routes, with sanctions being the strongest action the world has been willing to take to ameliorate the situation. If one projects the present North Korean situation onto that concerning Iran, one cannot but reach the conclusion that containment is in the air, and that unless drastic action is taken, Iran will become a nuclear-capable state in the not too distant future.

INSS Insight No. 409, By Asculai, Ephraim

[1] Jack Straw, “Even if Iran gets the Bomb, it won’t be Worth Going to War,” The Telegraph, February 25, 2013: “Containment is a better response than conflict in dealing with a country we have long mishandled.”

Tamir Eshel - Jun 30, 2020
0
The Norwegian company Kongsberg Defence & Aerospace AS and Finland's Patria Oyj have formed a teaming agreement to provide turreted mortar solutions for future U.S. Army mortar programs. Under this agreement the team will promote the turreted mortar and produce the 120mm Patria Nemo, turreted, remote-controlled mortar system in the US.