The US Army is likely to cancel a plan to replace its M4 assault rifles with a new carbine. The Army prepared for a selection of three finalists of a major evaluation, before committing over $300 million for new Carbines over the next five years. It is now likely the Army will opt for the modestly improved M4A1. Military.com reports.

For the past five years, Army weapons officials have been trying to improve the existing M4, and at the same time, search for a possible replacement for it. In 2008, after a number of commercial carbines outperformed the Army’s main sidearm in an Army led reliability test. As a result the Army launched a replacement plan for its main sidearm, budgeting over $300 million for the procurement of millions of weapons over five years. Program officials launched the formal competition in 2011 and just recently wrapped up Phase II of a three-phase competition. The first procurement segment was planned for next year, with an investment of about $50 million buying 30,000 weapons. Now the Army is seemed to back off from the plan, hoping to save money for other investments.

Testers have so far fired hundreds of thousands of rounds through carbines submitted by gun makers such as Heckler & Koch, FNH-USA, Remington Defense, Adcor Defense Inc. and Colt Defense LLC, the original maker of the M4 carbine. However, after five years, they have not come to any conclusion about the weapon of choice. “DoD may not have an established need for this weapon nor developed performance requirements” the Pentagon’s Inspector said In on a testimony in front of the House Committee on Oversight and Government Reform. The current requirements lack accuracy, reliability, and lethality” the inspector testified.

In fact, at a time of budget pressure, replacing millions of rifles may seem luxury. U.S. Army Chief of Staff Gen. Raymond Odierno said he “feels very good” about the upgraded version of the M4 carbine, but did not confirm if the service has decided to cancel the Improved Carbine competition. “We haven’t made that final decision,” he told Military.com. “We’re getting close.” A final decision could be announced later this month.

Cancelling the replacement carbine doesn’t mean the Army will avoid buying new rifles. Most likely they will opt for the Improved M4, also known as M4A1. THis rifle was designed as a ‘special-operations version’ of the M4 that has been in service for just over a decade. It features a heavier barrel and offers fully automatic trigger. (the standard M4 has a single shot or three round burst modes, but not full automatic).

The Army had originally planned to award three contracts to three gun makers for the final phase of the competition, which would involve soldiers firing nearly 800,000 rounds in three separate user evaluations before choosing a winning carbine. The Army then planned to conduct an analysis of alternatives to see if the winner is a significant improvement over the M4A1 to justify the investment.

The M4A1 carbine is a fully automatic variant of the basic M4 carbine intended for special operations use. The automatic function creates more recoil than the three-round burst, and would require additional training for Army soldiers. The whole key to the burst function was to allow you time to reacquire the target. The M4A1 is used by almost all U.S special operation units including, but not limited to, the Army Rangers, Army Special Forces, Navy SEALs and Air Force Combat Control Teams and the US Marine Corps.

In the last few years, M4A1 carbines have been refit or received straight from factory with barrels with a thicker profile under the handguard. This is for a variety of reasons such as heat dissipation, which is useful due to the complaints of high-heat production from test soldiers, which occurs during full-auto and accuracy as a byproduct of barrel weight.

Remington Defense to Supply M4A1 Carbines to the US Army 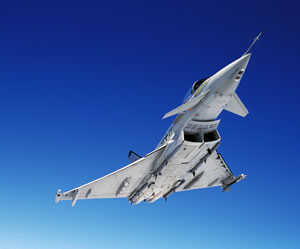 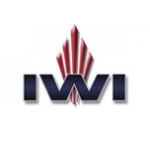