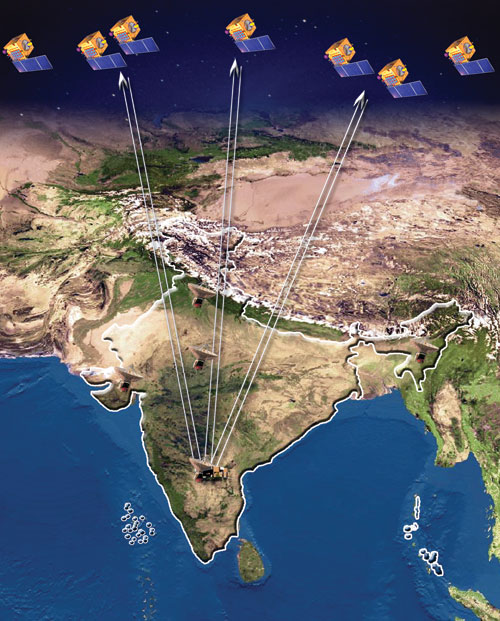 India successfully launched its first navigational satellite into orbit Monday July 1 2013, from the Satish Dhawan Space Centre, in Sriharikota. IRNSS-1A, the first of seven satellite constellation to be deployed under the Indian Regional Navigation Satellite System (IRNSS) program to be completed by 2015-2016. This is the twenty third consecutively successful mission of PSLV. The ‘XL’ configuration of PSLV was used for the mission. Previously, the same configuration of the vehicle was used thrice to launch Chandrayaan-1, GSAT-12 and RISAT-1 satellites.

The IRNSS-1A Satellite, weighing 1425 kg was separated from the launch vehicle 20 minutes 17 seconds after launch, and injected to the intended elliptical orbit of 282.46 km X 20,625.37 km. after activation the Indian Space Research Organization’s (ISRO) Master Control Facility assumed the control of the satellite. In the coming days, five orbit maneuvers will be conducted from Master Control Facility to position the satellite in its Geosynchronous Circular Orbit at 55 deg East longitude.

IRNSS-1A is the first of the seven satellites constituting the space segment of the Indian Regional Navigation Satellite System. IRNSS is an independent regional navigation satellite system designed to provide position information in the Indian region and 1,500 km around the Indian mainland. IRNSS would provide two types of services – Standard Positioning Services (SPS) – provided to all users – and Restricted Services (RS) provided only to authorised users. A number of ground stations responsible for the generation and transmission of navigation parameters, satellite control, satellite ranging and monitoring, etc., have been established in as many as 15 locations across the country. 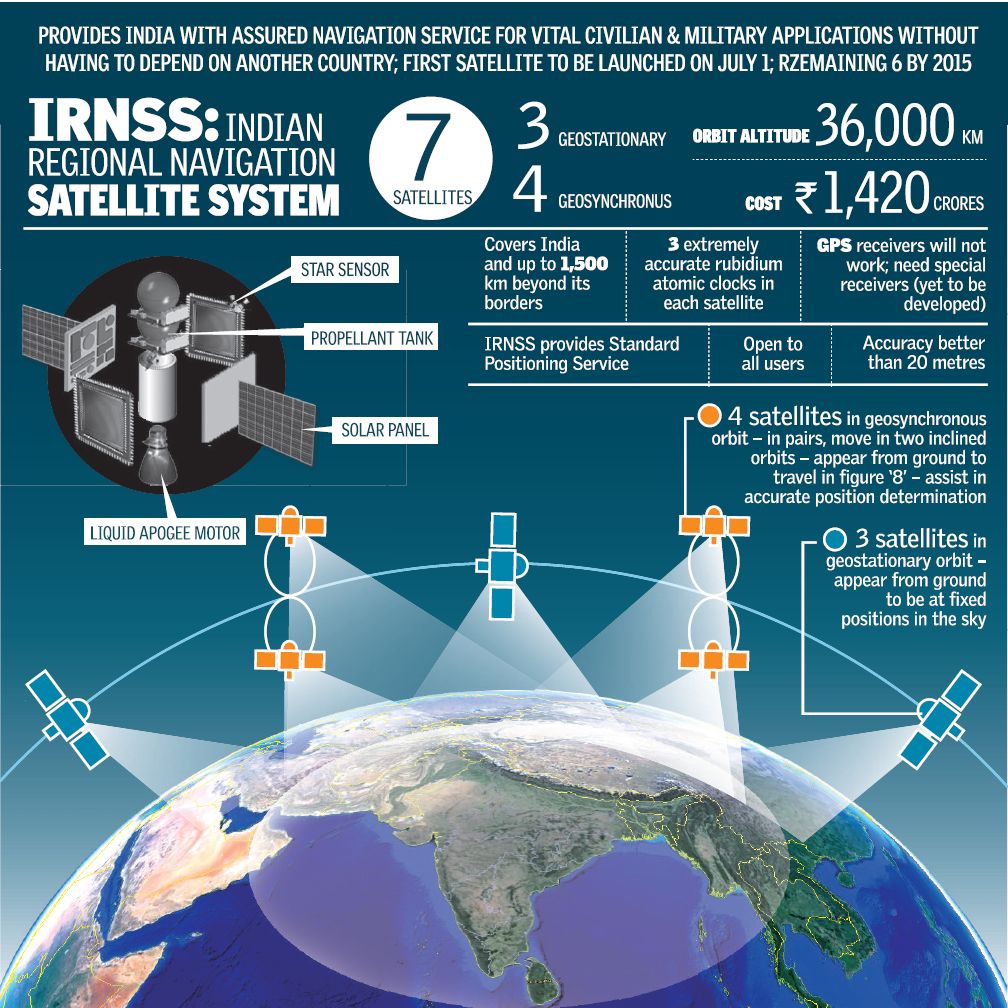