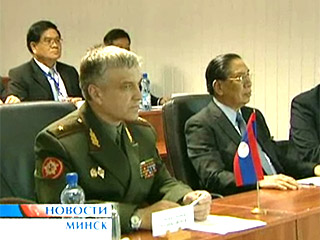 In recent years Vietnam has become a growing market for Eastern and Western defense exporters seeking to offset their declining domestic sales by attracting more business abroad. Belarus which has not been too active in defense exports, is eyeing Southeast asia as a potential growth market for its military sales, According to defense analyst Aliaksandr Alesin Belarus will help Laos modernize tanks and air defense systems. Through the years Laos has relied on equipment of Russian and Chinese origin supplied by the Vietnamese government. This hardware has not modernized in recent years. The president of Laos Choummaly Sayasone recently conducted a visit to Belarus where he was received as a guest of the armed forces.

According to Alesin, Laos is interested in upgrading its existing systems, particularly armored vehicles and air defense systems. They are also interested in unmanned aerial systems, radios, electronic surveillance and intelligence, surveillance and reconnaissance (ISR) systems, Alesin noted. While Belarus is already producing radiolocation equipment, communication equipment and equipment for radio-electronic warfare the country will have to rely o other suppliers for the modernization or supply of main platforms.