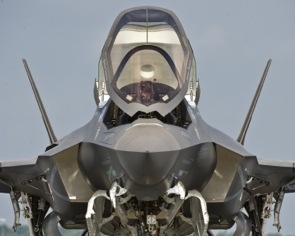 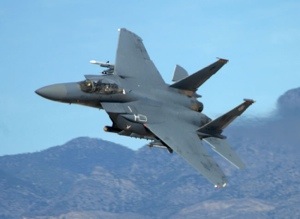 South Korea has backed off from selecting the Boeing F-15SE for its next fighter jet, a decision that would wave been seen as a ‘sure win’ for Boeing. Apparently, Seoul’s concerns about the Silent Eagle’s yet unproven stealth capabilities have tipped the scale against Boeing. “The DAPA will promptly restart the project to minimize the security vacuum by consulting related organizations to revise the total budget and requirements.” Defense Acquisition Program Administration (DAPA) spokesman Baek Yoon-hyung said in a briefing.

According to the South Korean Yonhap news agency, the decision came in a meeting of the DAPA presided over by Defense Minister Kim Kwan-jin, who prompted the government to restart the procurement program from the beginning. The decision is likely to further delay the replacement of the aging fleet of F-4s and F-5s. Seoul had initially required a potential contractor to deliver 60 jets for five years from 2017. After about fifty bidding rounds, the F-15SE was the only aircraft to come in below the budget threshold of won (W) 8.3 trillion ($7.73 billion) set by DAPA.

The Silent Eagle was close to win the bid against Lockheed Martin’s F-35 and EADS’ Eurofighter, over cost, technology transfer and work share offering. But the F-15E finished in second place behind the F-35 stealth jet in operational assessment, leaving questions over its combat capabilities against advanced threats ad when challenged by advanced air defense. Boeing tried to highlight its conformal weapons bay as one of the key radar-evading features, but it failed to quell questions over its capability against F-35, which is originally designed as a stealth jet.

According to military officials, the procurement agency insisted on proceeding with the project in accordance with its policy, while the defense ministry opposed the selection process that gave top priority to cost over combat capabilities. A team of officials from the defense ministry, Air Force and acquisition agency will consider various alternatives, including changing the number of jets, extending the funding and combining different types of aircraft, defense ministry spokesman Kim Min-seok said, adding that the process could take about one year to select the next fighter jet.

“A majority of the committee members agreed to reject (F-15 SE) and restart the project, taking into consideration the recent security situation including North Korea’s third nuclear test and latest aerospace technology development,” Kim said. “They agreed that South Korean Air Force needs fifth-generation combat jets to keep pace with the latest trend and to deter provocations by North Korea.” Their rejection on the verge of the final selection illustrates pressure felt by the military and the government to buy 60 jets from the F-15 family with improved features, as experts and former Air Force chiefs have expressed concern over the jet’s stealth capabilities.

Industry sources have said that DAPA loosened the stealth requirement of F-X III to allow fairer competition between the three aircraft. Placing too much emphasis on stealth in a new competition, however, could be seen as undermining a fair process.