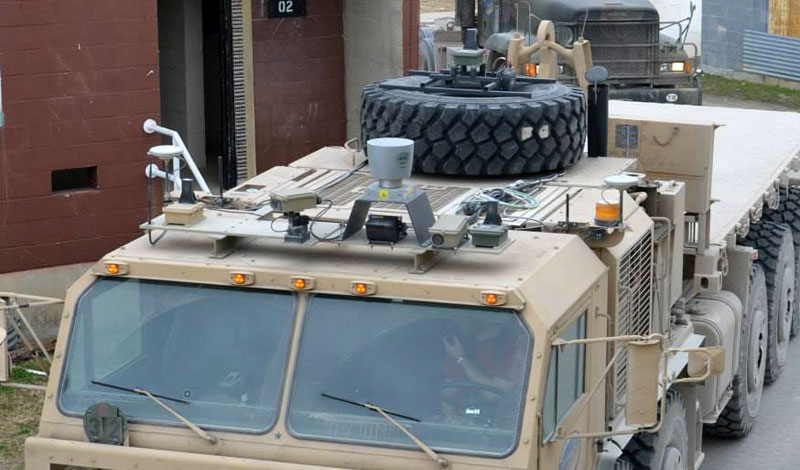 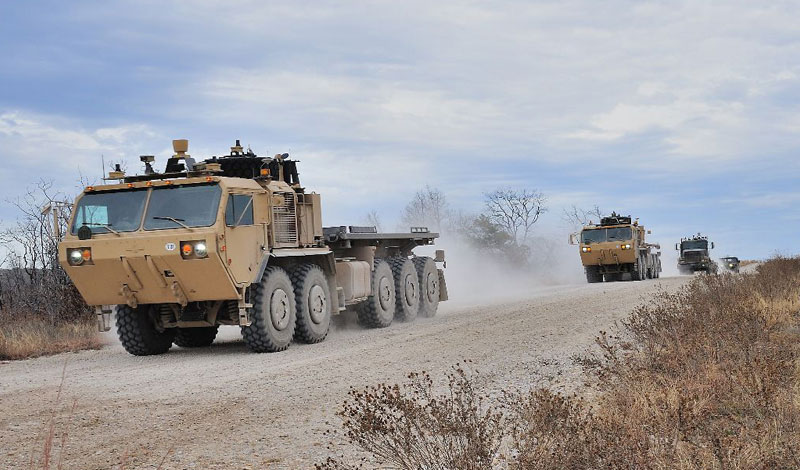 The U.S. Army Tank-Automotive Research, Development and Engineering Center (TARDEC) and Lockheed Martin have demonstrated the ability of fully autonomous convoys to operate in urban environments with multiple vehicles of different models. The demonstration earlier this month at Fort Hood, Texas, was part of the Army and Marine Corps’ Autonomous Mobility Appliqué System (AMAS) program, and marked the completion of the program’s Capabilities Advancement Demonstration (CAD).

The test involved driverless tactical vehicles navigating hazards and obstacles such as road intersections, oncoming traffic, stalled and passing vehicles, pedestrians and traffic circles in both urban and rural test areas. “The AMAS CAD hardware and software performed exactly as designed, and dealt successfully with all of the real-world obstacles that a real-world convoy would encounter,” said David Simon, AMAS program manager for Lockheed Martin Missiles and Fire Control. 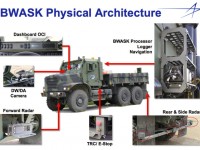 The AMAS hardware and software are designed to automate the driving task on current tactical vehicles. The Unmanned Mission Module part of AMAS, which includes a high performance LIDAR sensor, a second GPS receiver and additional algorithms, is installed as a kit and can be used on virtually any military vehicle. In the CAD demonstration, the kit was integrated onto the Army’s M915 trucks and the Palletized Loading System (PLS) vehicle.

The automation system also known as By-Wire/Active Safety Kit (BWASK) is designed as a common, appliqué Autonomy kit that will contain the primary intelligence and autonomous decision making. This Autonomy kit will be common across all vehicle platforms, designed to function and inter-operate regardless of type of vehicle platform installed on. Each vehicle type will get a specific vehicle kit, tailored for the specific platform, it will control the physical actuation of a vehicle. For the demonstration program several representative vehicles were modified, including a Marine Corps 6×6 MTVR truck, an Army M-915 trailer and the multi-steering, six-axle PLS. The next phase of the demonstration, taking place later in 2014 will also include Family of Medium Tactical Vehicle (FMTV) trucks, Heavy Equipment Transporter (HET) and 4×4 RG-31 MRAP – the later will be able to demonstrate how the pathfinder vehicle could operate autonomously clearing the path with standard counter-IED mine roller. 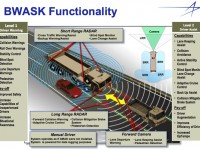 “It was very important that we had representation from the technology, acquisition and user bases, along with our industry partners, here at the CAD,” said TARDEC technical manager Bernard Theisen.

“We are very pleased with the results of the demonstration, because it adds substantial weight to the Army’s determination to get robotic systems into the hands of the warfighter.” Senior Army leaders representing the Army Materiel Command (AMC), the Army Capabilities Integration Center (ARCIC), the Combined Arms Support Command (CASCOM) and TARDEC were present to witness the demonstration.

The AMAS CAD was jointly funded by ARCIC and Lockheed Martin. While the AMAS JCTD is aimed at augmenting the safety and security of human drivers in a convoy mission, the CAD was aimed at completely removing the Soldier from the cab.