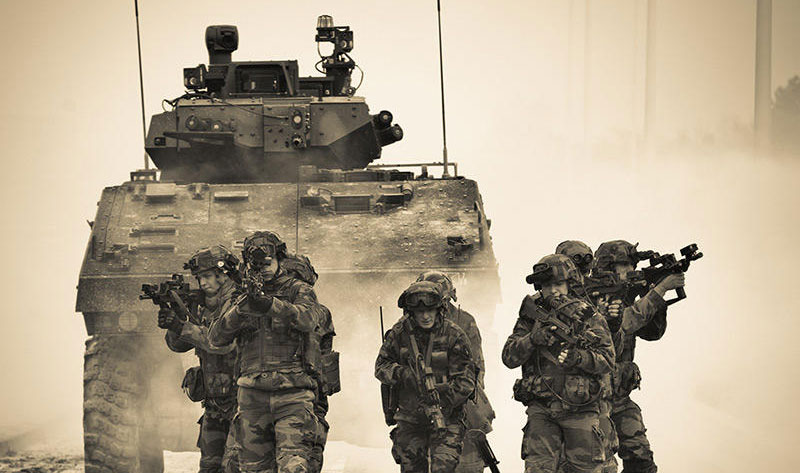 Infantry squads operating in hot conditions must carry hundreds of litters of water per mission to support the troops. An atmospheric water generation system developed by the Israeli company WaterGen can deliver these volumes of water at a fraction of the space and weight of water containers. The French Army plans to equip its new VBCI armoured infantry fighting vehicles with such systems.

Cofely-INEO, a member of the French GDF SUEZ conglomerate was selected as the prime contractor, with WaterGen, the original system developer and manufacturer, selected as the sole supplier for its water supply solutions. The company will provide two systems for the French Army – the GEN40V atmospheric water generator systems and Water Treatment Units. The systems differ in the source used to generate water- either the air or the vehicle’s air conditioning system

According to many global military standards, a soldier must be provided with an average per-day water supply of 10 liters. In addition, three days of logistic independence is required for all new combat infantry carrier vehicles, which carry an average of 10 soldiers. Therefore, in order to comply with these standards, vehicles are required to carry a 300-liter supply of water – a volume that requires excessive space using common water containers.

The GEN-40V produces 30-75 liters/day (7-20 gallons/day) depending on environmental conditions. The system utilizes minimum space in the vehicle, and, as it replaces stowed weight, it does not add weight to the vehicle. Each of the VBCIs will receive either the GEN40V or the WTU, according to the French Army’s requirements.

The vehicle-mounted GEN40V atmospheric Water Generator extracts water from air and supplies cold, fresh and pure drinking water for the vehicle’s crew. Units are scaled to fit military tactical vehicles, serving cold water from a tap within the system or inside the cabin. Water production is automatically maximized as ambient climatic conditions change.

According to current military standards, the squad in a combat vehicles require three days of logistic independence, which includes a 300-liter supply of water – a quantity that these vehicles are unable to carry using regular means of storage

The Water Treatment Unit (WTU) harvests the water produced by A/C systems and purifies it to achieve high quality drinking water. The WTU can also be connected to the A/C controller in order to increase and optimize the water production capabilities of the system without disrupting its main function – moderating air temperature.

WaterGen is already supplying similar solutions to the IDF Merkava Mk4 and Namer armoured infantry vehicles. More recently the company was also selected to supply the IDF and Israel’s Home Front Command with the SPRING backpack purification systems. This battery-operated system uses a specially designed multi-barrier filtration method to purify severe chemical and microbiological contaminations, including pesticides, cyanide, and the entire range of bacteria and viruses.