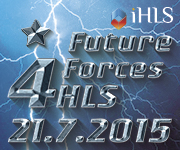 The Future Security Forces 2015 Conference will focus on the challenges modern security and counter-terror forces are facing, and the opportunities available for special-forces and law enforcement to carry out their tasks in the most successful and efficient way. “Israel’s Defense Forces (IDF), security forces and first responders have different requirements for equipment, addressed by local defense industries, and equipment providers. Future Forces is providing the stage to showcase the progress in this field. Defense Update is proud to be a sponsor of this event. 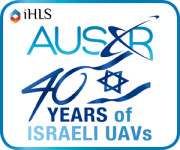 AUS&R 2015, which is scheduled for September 7, has the major UAS market players showcasing their cutting edge innovations. This year’s event features flights and live performance demonstrations of the most advanced UASs. Following the success of the 2014 convention, this year’s 2015 was expanded to include the technological and operational envelope part of the industry, complete with dedicated arrays, materials, propulsion systems, C4I systems as well as unique data security innovations. Defense Update is proud to be a sponsor of this event. Book your hotel in Tel-Aviv: (20-30 min. ride from the AUS&R venue)

InterDrone, The International Drone Conference and Exposition, September 9-10-11 in Las Vegas, is the first global scale conference for the builders, flyers and buyers of commercial drones. It will feature a two-day technical conference for engineers and software developers and an overlapping conference for commercial drone “buyers and flyers” in more than a dozen vertical market segments. 2500+ attendees. Use code DU for a $200 discount off the full 3-day conference pass. Defense Update is proud to be a sponsor of this event. Book your hotel in Las Vegas:

As the Russian premier military technology event, RAE 2015 is promoting Russian military equipment, arms and ammunition to both domestic and foreign markets. This event brings together all major stakeholders in the field of global military cooperation to review and discuss cutting-edge military equipment. With the Russian opening to international cooperation and import of defense hardware, RAE 2015 is also expanding the range of foreign partners, demonstrating the latest achievements of the Russian and foreign manufacturers, and developing business contacts between producers and buyers of the military equipment, weapons and ammunition from around the world. Defense Update is proud to be a Media Sponsor of RAE 2015 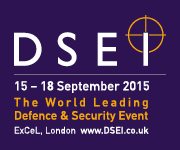 DSEI is the largest fully integrated defence and security show in the world, featuring Air, Naval, Land and Security show content. Based in ExCeL, DSEI is held at the London every two years, provides unrivalled access to key markets across the globe. In April 2012 DSEI has won the ‘Best Trade Show’ category of the prestigious Exhibition News Awards. DSEI  2011 attracted more than 28,000 visitors from 121 countries. The internationality of the event was demonstrated by the presence of exhibitors from 46 countries, including 30 national pavilions. Defense Update is proud to be a sponsor of DSEI 2015. Book your hotel in London:

– 17-25 September, 2015 – Piombino, Italy EURATHLON is a new robot competition supported by the European Commission in the FP7. The vision of EURATHLON is to provide real-world robotics challenges that will test the intelligence and autonomy of outdoor/off-road robots in demanding mock disaster-response scenarios. Inspired by the Fukushima disaster we envision a competition that requires autonomous flying, land and underwater robots acting together to survey the disaster, collect environmental data, and identify critical hazards. In 2013 the competition had its focus on land based vehicles. While in 2014 the competition addressed sea based vehicles, in 2015 it will be held as a joined land, sea and air event.

Book your hotel in Las Vegas