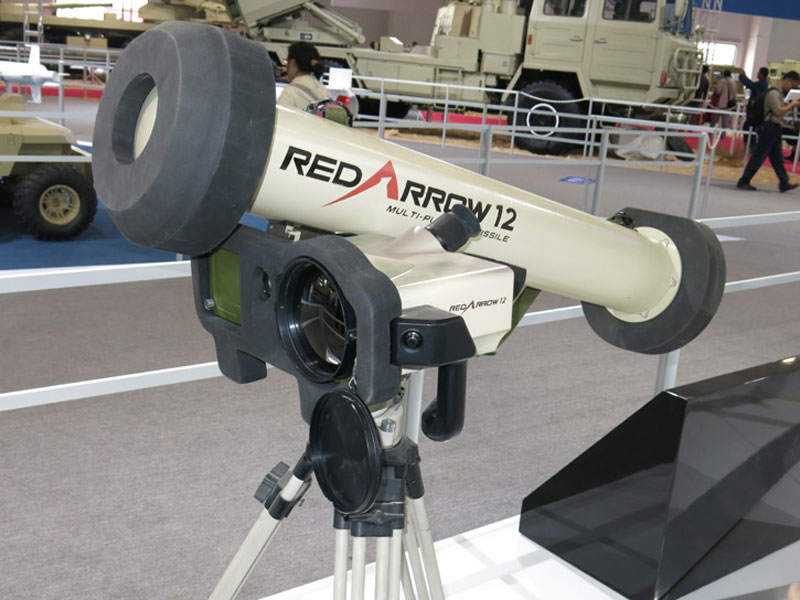 A man portable guided missile system, the Red Arrow 12 is similar to the Israeli Spike MR, another version of the missile seems a copy of the US Javelin.

The missile uses an IR or TV imaging seekers for all weather day/night operation. The missile uses ‘soft launch’ techniques to enable safe firing from enclosure. Once aimed at the target, the ‘fire and forget’ system controls the missile through an autonomous flight to hit the target, enabling the operator to seek shelter. The missile can neutralise tanks, bunkers, small boats and helicopters.

The mobile PA01 ‘intelligent tactical precision strike platform comprises 12 CM-501/PA01 precision attack ‘fire and forget’ missiles capable of striking point targets system at ranges of 40km. While the missile seems to be a copy of the Israeli Spike NLOS, it is more likely a copy of the US Precision Attack Missile (XM-501) which did not make it through development. In this case, the Chinese developers felt free to copy the US weapon designation number as well. An extended version of the Chinese missile is likely to has ‘lock on after launch’ capability, enabling the missile to strike at targets at a range of 70 km.