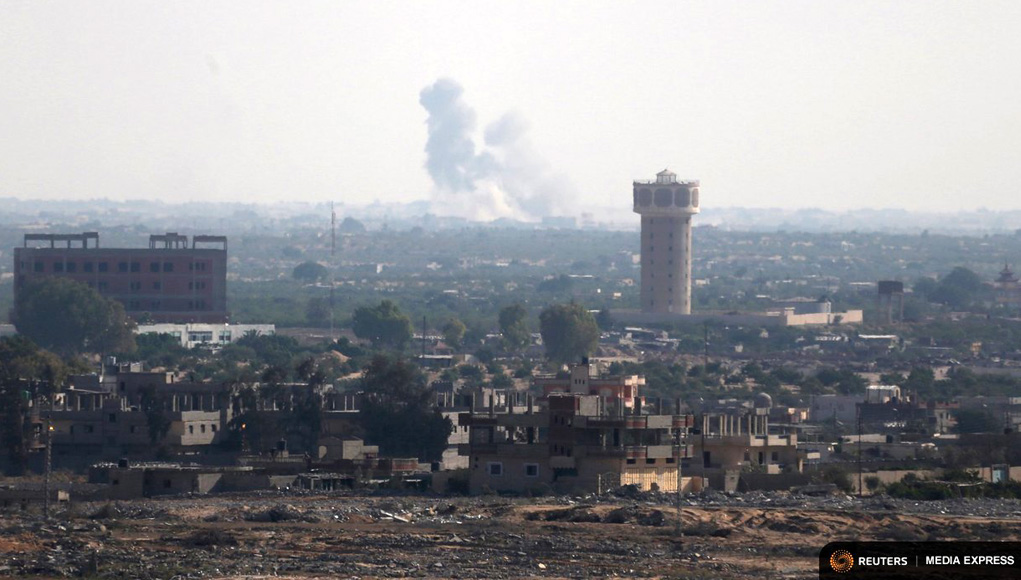 ISMAILIA, Egypt (Reuters) – Egypt’s military killed 35 Islamist militants in North Sinai on Thursday, following a wide scale attack by militant groups affiliated with the Islamic State (ISIS). Army forces, backed by aerial support, stormed militant bases south of the North Sinai town of Sheikh Zuweid, the security sources said, and were able to destroy vehicles and weapon storage facilities. The army also defused 15 bombs planted by the militants as booby traps on the roads and cleared the perimeter of Sheikh Zuweid police station which the militants surrounded by explosives on Wednesday.

Those killed had taken part in Wednesday’s fighting in which the army said 100 militants and 17 soldiers were killed. The sources said Thursday’s casualties included militant field commanders.

The militants’ assault, a significant increase in violence in the peninsula between Israel, the Gaza Strip and the Suez Canal, was the second major attack in Egypt this week. On Monday, a car bomb killed the prosecutor-general in Cairo, the highest-profile official to die since the insurgency began.

Egyptian President Abdel Fattah al-Sisi inspected soldiers and police in El-Arish, the provincial capital; few hours after Sisi’s speech in El-Arish, IS’ Sinai Province announced it had attacked two army vehicles with two bombs in the area of Sheikh Zuweid.

On Friday night militants in Sinai fired rockets into southern Israel, in an incident that caused no casualties but appeared to be linked to fighting between Islamist insurgents and Egyptian security forces. Militants, including those from Sinai Province – formerly known as Ansar Bayt al-Maqdis – have fired rockets into Israel from Sinai on several occasions in the past. Israel has accused Hamas, the Islamist group which controls Gaza, of helping Islamic State in Sinai, an allegation Hamas denies. An Egyptian security source said some Hamas members were involved in the Sinai battles, but that there were no wider organisational ties between the groups.