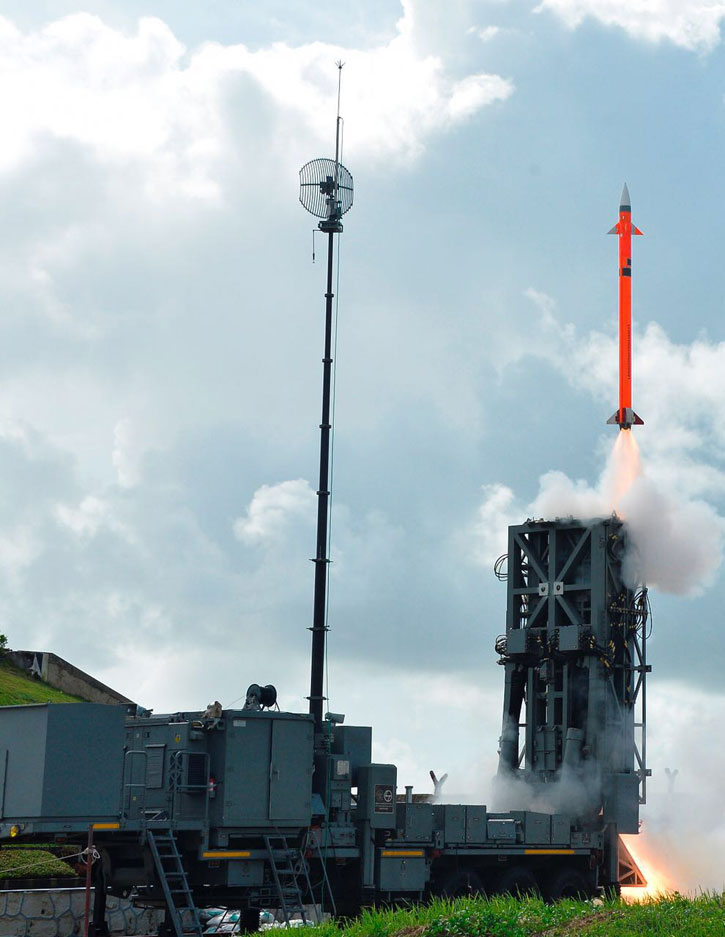 The trial began on 08:15 local time. Two successful intercepts of targets representing realistic air and cruise missile threats were conducted sequentially this morning, from the Indian Chandipur test range in Balasore off the Odisha coast.

Once the targets entered the defended zone, the systems’ radar detected the threat, computed an intercept plan and launched the missile. Once cleared off the vertical launcher the missile maneuvered toward the target following the planned intercept path. The interceptor’s radar acquired the target and navigated the weapon to the kill. Two targets were used, and two interceptors were fired through the test, which validated all the systems’ elements, to the satisfaction of the customer in the Indian test range.

MRSAM is an advanced air and missile defense system, with land and naval configurations, providing ultimate protection against a variety of aerial platforms. The land-based system shares many common elements with the naval LRSAM system. The main difference is using a single face of the marine Elta Systems MF-STAR radar on a rotating pedestal, providing 360 degrees coverage.

The MRSAM is a derivative of the Barak-8 air defense system, covering 70 km that has already been deployed on vessels of the Indian and Israeli Navies. Barak-8 is capable of intercepting various aerial, and air breathing threats such as aircraft, cruise missiles, sea-skimming missiles and various guided weapons. Unlike previous generation interceptors the Barak-8 interceptor developed by Rafael uses a data link to update the weapons throughout the engagement, enabling a higher level of flexibility and area coverage. IAI is the system Barak-8 system designer, along with the DRDO that has built the land-based launcher system.

Designers of MRSAM are also considering an extended range version of the system, using boosted interceptors that will be able to double the systems’ reach to 150 km.