UK Defense Secretary Gavin Williamson unveiled today a concept model of a brand new next-generation combat aircraft being developed exclusively in the UK. The Tempest, as the futuristic fighter plane is called, could be ready for operations with the Royal Air Force in less than two decades, as the first Typhoons begin to be phased out of service.

Considered as a fallout of the UK withdrawal from the European Union (Brexit), the announcement follows the stalled Anglo-French cooperation to develop a futuristic unmanned fighter plane under a strategic collaboration with Dassault. Those plans proved premature, as the technology required for fully unmanned combat air system has not matured yet. “Fully unmanned operation has not matured yet,” said Air Commodore L. S. Taylor, Assistant Chief of Staff, Capability Delivery Combat Air, and ISTAR at the RAF. “It is more likely that next generation platforms will be optionally piloted rather than unmanned”. With France and Britain going their ways, both turn to manned aircraft for their future programs. France is pursuing a similar program with Airbus.

London’s decision to develop its own fighter doesn’t mean going alone all the way.
MOD is to set up a dedicated team to deliver the combat air acquisition program and deliver a business case by the end of the year, to initiate discussions with potential international partners by next summer. Saab could be a candidate for such cooperation.

Part of the justification for the huge investment is retaining the combat air sector currently responsible for a turnover in excess of £6bn a year that has made up over 80% of defense exports from the UK over the last ten years. Over 18,000 highly skilled jobs are involved.

Early decisions around how to acquire the Tempest will be taken by the end of 2020, followed by final investment decisions to be made in 2025. The aim is then for a next-generation platform to reach the operational capability by 2035.

In 2015, as France and the UK committed to investing about €1.5 Billion in the development of future unmanned air vehicle demonstrator by 2025, their long-term goal was to field such capability by 2030. Each side would have supported its technology development and risk reduction studies. In the UK, it was Future Combat Air System Technology Initiative (FCAS-TI).

Under the Tempest program, the British investment in FCAS-TI will exceed the entire amount allocated for the Anglo-French cooperation. Secretary Williamson confirmed the ongoing commitment to FCAS-TI would be more than £2bn of technology investment by 2025 (MOD and industry partners combined). The resources on the government side are likely to be drawn from the funds initially allocated for the FCAS in 2015, with industry filling the remaining amount.

The introduction of the futuristic fighter plane coincided with the announcement of the U.K. new ‘Combat Air Strategy.’

While the concept fighter plane is in the early technology and concept evaluation, it will feature several advanced key capabilities to enable the platform to remain viable for decades. These include ‘physical design and reconfigurable, electronic cyber resilient open system architecture designed for growth’. An array of sensors and countermeasures will be employed, using distributed, multi-spectral passive and active electro-optical and RF systems.

The weapons initially considered are the latest types of guided weapons such as the Meteor and SPEAR 3, the aircraft design will feature a modular bay that could carry different payloads and weapons, supporting kinetic, directed energy and non-kinetic effects. Other future armaments could include hypersonic air launches weapons, connected, cooperative and artificially intelligent weapons (smart swarms) and novel air/air weapons that could be employed in self-protection. With external weapon stations augmenting the main bay maintaining low observable capability but the platform will also enable the integration of laser weapons and new effectors contained in conformal, low-observable conformal weapon dispensers and payloads, more fuel will also be carried in conformal, low-observable fuel tanks. 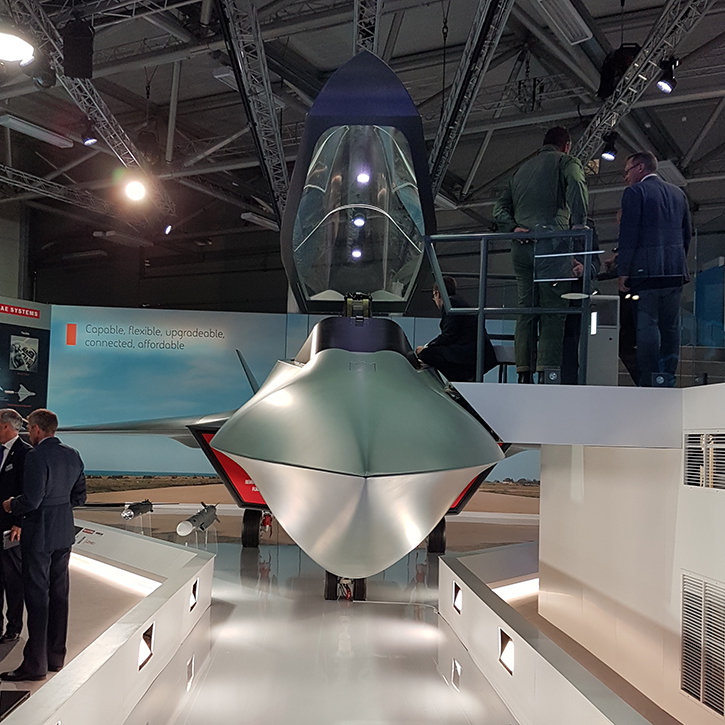 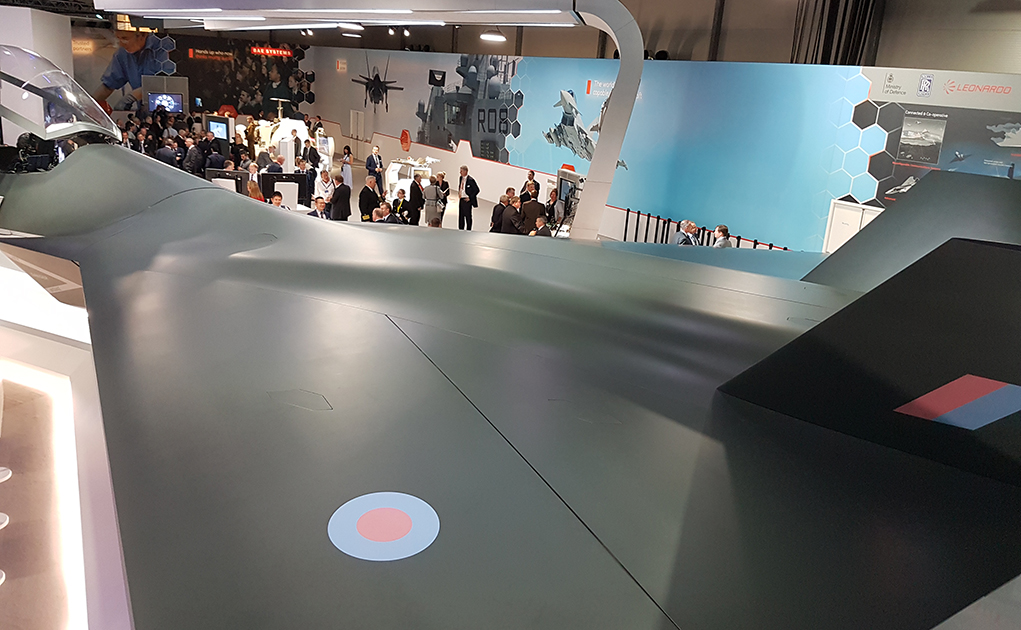 The Tempest will be a twin-engine aircraft, powered by advanced turbojet engines implementing advanced technologies to be developed by Rolls Royce. The new engine will be lighter, smaller and more powerful, compared to current turbofans. The engine will be surrounded by a network of tubes that function as an integrated heat management system, enabling the power plant to operate at higher temperatures. It will implement a lightweight, aerodynamically optimized fan with high distortion tolerance, lightweight parts made of advanced metal matrix and 3D printed ceramics that would enable temperature and power densities unavailable with past technology. An embedded starter generator will be able to generate more power at a lower weight, supporting all systems aboard.