The Russian KBP group has launched an upgraded export version of the Pantsir – the Pantsir-SM that implements some of the lessons Russia gained from recent combat engagements in Syria. The new configuration improves the capability of the system dealing with guided weapons and unmanned aerial systems (drones) of all types. The company showcases the new Pantsir at the #Army2019 exhibition taking place at the Patriot Expo park near Moscow this week. Pantsir-SM is intended to enter service with the Russian military in 2021 supports a line-of-sight radar surveillance range of 75 km and missile engagement at up to 40 km. 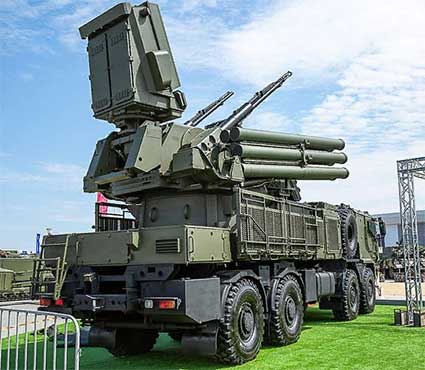 The export-oriented Pantsir-S1M packs 12 ready to fire missiles of two types. The 57E6-E covers a range of 15-18 km and the new 57E6M-E missile doubles the range to 30 km. The export-oriented Pantsir-S1M system was launched earlier this year at the IDEX 2019 expo in Dubai. The new missile has a longer minimum range of 1,200 meters, compared to the original missile effective at 15 meters.

In recent years Pantsir air defense systems were engaged in multiple combat events in Syria. Systems operated by Russian teams have been deployed to the Hmeymim air base near Latakiya, where it was deployed along the S-400 to protect the base. Syrian manned Pantsirs attempted to counter repeated attacks on Syrian air bases but often failed to defeat guided weapons allegedly used by the Israel Air Force. Defending the Russian forces at Hmeymim the systems encountered multiple attacks by improvised attack drones (aerial IEDs) initially demonstrating marginal success. 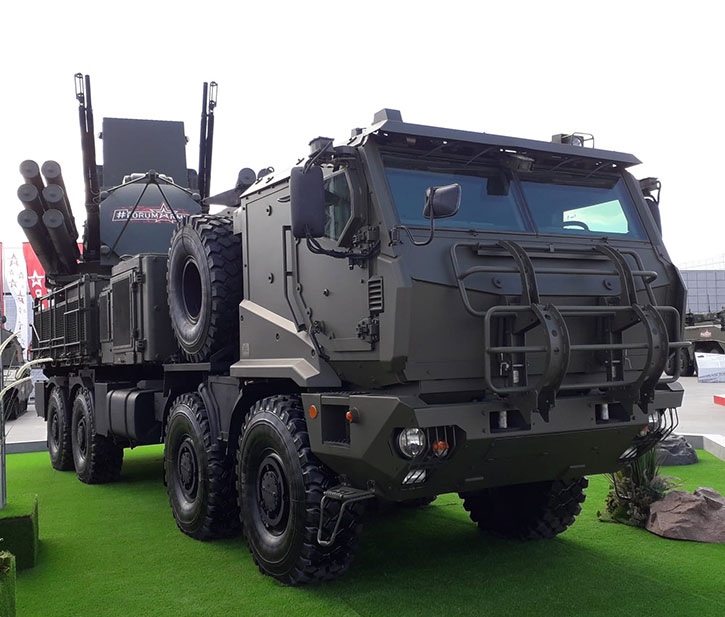 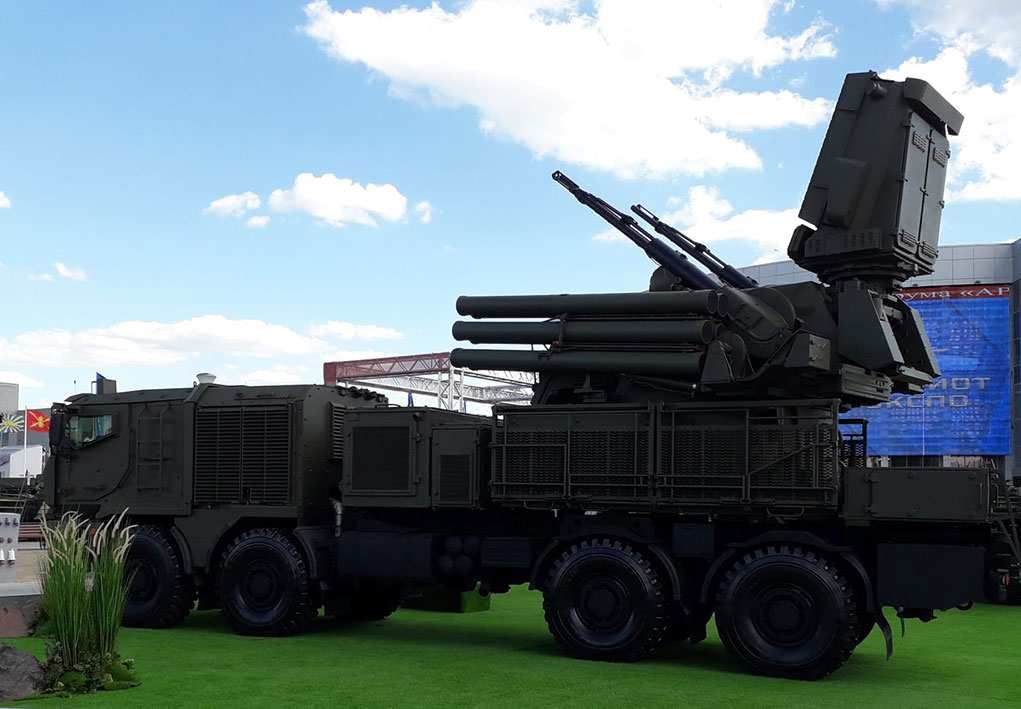 Opposition groups in Syria made several attempts to attack the Russian airbase at Hmeymim with makeshift drones or bombard it with rockets. The missiles were able to intercept the rockets, but drones posed a more challenging target. Some of the attacks were repelled by electronic warfare activities, as well as SA-15 and SA-22 air defenses, others managed to penetrate the perimeter and hit exposed targets at the base. In total, at least 22 drone attacks were documented in the area of the base, some of which were able to target the Airbase and cause material damage. 13 of the attacks occurred in the month of July 2018 and 12 occurred in April 2019. The airbase is protected by the Pantsir-S1 system. The Defense Ministry says the system demonstrated its high effectiveness in countering such threats.