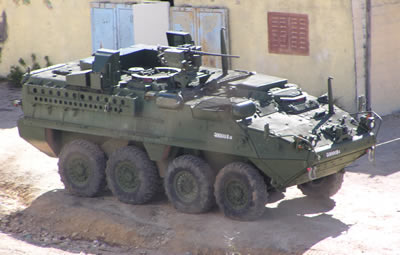 Russian Active Protection Systems were matured much earlier than the west’s, as they were designed to counter the threat from the west’s anti-tank systems such as TOW, Hellfire and HOT missiles fired from ground and helicopter platforms, as well as airborne launched anti-tank missiles (such as the Maverick). Although the Russian systems were much heavier than their current Western counterparts, they provided the countermeasures that could decimate the western threat. These heavy countermeasure systems were designed to protect the most important elements in the heavy armored divisions – and were applied to platforms such as the T-55, T-72, T-80, T-90 tanks and BMP-3 APCs. The Drozd systems entered full scale development when as Russia was no longer planning to confront NATO, but was deeply engaged in a war of attrition in Afghanistan and later – in Chechnya, where defensive these countermeasures were required to protect much older T-55 tanks against Russian made RPGs and AT missiles. The Russian APS systems introduced innovative and proven defeat mechanisms against CE and KE threats. First was the Drozd, which protected the tank’s forward arc. This system was later followed by the Arena-E system, which introduced 360 degrees protection from side, front and partially top attacks.

The US Army is considering to replace the 1990’s technology of the MCD, with a Full Spectrum Active Protection (FSAP), a new system approach that will be balanced with the capabilities of future advanced armor technology. Such advanced active protection systems will be considered to provide the primary survivability component of future armored vehicles. FSAP will include missile engagement capabilities, to-attack munitions intercept and defeat capability and kinetic energy threat engagement concept. As the system addresses both  Kinetic Energy (KE) threats and Chemical Energy (CE) threats, it will utilize different countermeasures concepts to engage each threat. CE countermeasures rely on technologically proven sensors and kill mechanisms. 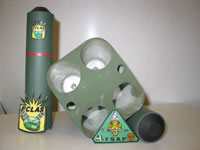 For the near term, potential candidate for the near-term CE countermeasures system is the FCLAS system, under development at the US Army Tank Automotive Research, Development and Engineering Center (ARDEC) and the Israeli / General Dynamics developed Trophy. Another addition considered for future survivability applications are various laser based infrared countermeasures, applicable against thermal guided weapons. In Germany, Diehl is developing a similar active protection system designated AWiSS, which will be able to counter RPGs and other CE threats. A near-term Close-in countermeasure (CICM) was also developed and tested by United Defense destined for rapid fielding with US forces in Iraq.

The KE countermeasures require longer detection range and faster data processing, to provide for effective response rate against the faster threat. These have already been demonstrated in testing, but require more development to mature. Kill mechanisms compatible with KE countermeasures rely on different concepts, including radial shaped charge warheads, multiple explosive formed projectiles (Multi EFP), blast deflection mechanism as well as momentum transfer methods. The Multi EFP concept is considered to be the most mature, as it can be utilized for both KE and CE engagements. An advanced generation of the Trophy is reported to be capable of intercepting and countering such kinetic threats. It is also anticipated that the full capability version of IAAPS will also feature such performance. These munitions are set to explode ahead of the incoming threat,  forming a dense “curtain” of high velocity fragments within one milisecond.

More About Protection for Modern AFVs: