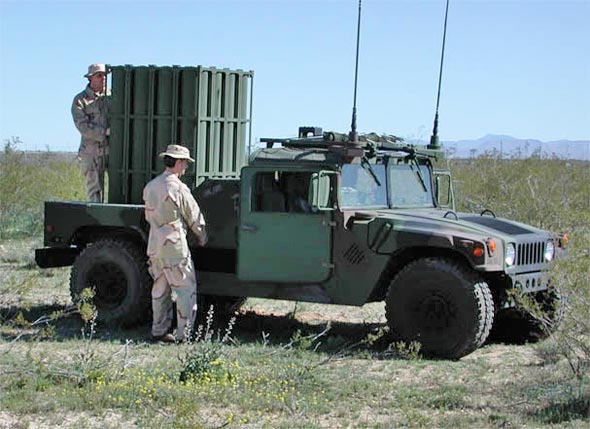 The Non Line-Of-Sight-Land Systems (NLOS-LS) is in development for the US Army by Netfires LLC, a joint venture between Raytheon and Lockheed Martin, under $1 billion System Design and Development (SDD) contract awarded by the Pentagon. NLOS-LS weapon system is a platform independent, self contained system, capable of autonomous or man-in-the loop operations. NLOS-LS has a joint service applicability for the Navy ad is included as a weapon module on the US Navy’s Littoral Combat Ship (LCS) and Unmanned Surface vehicle (USV). A family of artillery missiles, NLOS-LS is fired from batteries of vertical launchers deployed by ground vehicles, or helicopters throughout the theater, and networked to each other and to a higher command and control center to quickly engage an enemy.

Originally, two types of missiles are under development as part of the NeFires system – the Loitering Attack Missile (LAM), and Precision Attack Missile (PAM). Both missiles were designed to be vertically launched from the Container Launch Unit (CLU). Raytheon is developing the PAM. LAM has been eliminated from the program, to be replaced by other type of non expendable, persistent target acquisition capability. The NLOS CLU has 15 canistered missiles, the CLU has an autonomous vertical launcher weighing 3,150 lbs. Each CLU is self contained with autonomous location unit, data radio and launch control systems.

NLOS-LS will be a key element in the US Army Future Combat Systems (FCS) warfighting transformation concept, as it becomes an essential battlespace effector, as part of the “unit of action” of tomorrow’s soldier.

After the cancellation of LAM, PAM has remained the only missile in the NLOS system. Designed for operating at ranges 0-40km, the 117 lb, 7″ diameter missile uses a uncooled Imaging Infrared /semi-active laser with automatic target recognition for target acquisition and terminal homing. The missile is networked with in-flight updates, enabling retargeting and image transfer for BDA. PAM will include a variable thrust motor and a large multimode warhead effective against both hard and soft targets.

NLOS-LS weapon system is expected to provide the core precision attack capability to the Future Combat Systems (FCS) Brigade Combat Team (BCT). is expected to “spiral out” of the FCS program in “spin-out 1” phase to accelerate its deployment with current forces. When employed with current forces NLOS-LS will be tasked by the Advanced Field Artillery Tactical Data System (AFATDS) for targeting and control. When employed with FCS BCT, the system will link directly to the BCT network. The missile is expected to be ready for evaluation around 2008. The NLOS program is currently focusing on the Precision Attack Missile version. The program could evolve over time to include a loitering missile, air defense missile and missiles with non-lethal effects capability.

NLOS will also be carried on the future Littoral Combat Ship, where it will offer short range precision coastal attack and support of land operations. 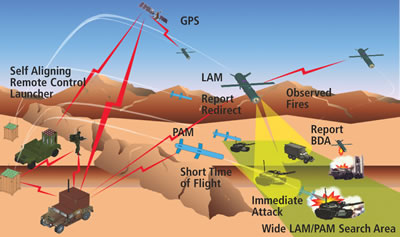