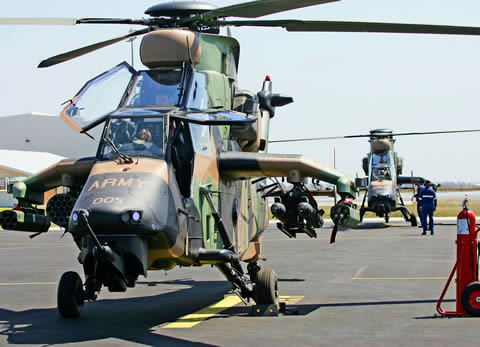 While an official decision on the selection of Lockheed Martin (NYSE:LMT) Hellfire II to equip the French Army Tiger Attack Helicopter (HAD) has not been publicized yet, Eurocopter is moving forward with full integration of the missile and its all-digital M299 “smart” missile launcher on the helicopter. Under a contract awarded through the multi-national European Organisation for Joint Armament Cooperation (OCCAR) to Lockheed Marin, the company will provide training missiles, inert missiles, 80 M299 missile launchers and test equipment. The 54-month program be conducted at Eurocopter’s facility in Marignane, France; Ground tests are planned to begin in October this year culminating in flight tests by March 2008.

HELLFIRE II is already successfully integrated and qualified on the Australian Armed Reconnaissance Helicopter (ARH) Tiger helicopter. In a comprehensive flight test program at Woomera Testing Range in South Australia, from May to December 2005, HELLFIRE was 7-for-7 over a wide spectrum of engagement scenarios. In August 2006, France’s Delegation Generale pour l’Armement (DGA) launched HELLFIRE from an Australian Tiger at the Woomera Range. The first-time gunner, a French pilot, employing a lock-on-before- launch technique, scored a direct hit with the HELLFIRE II missile on a target six kilometers away.