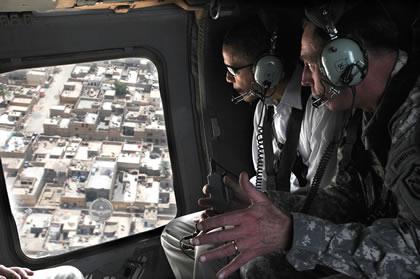 Does Obama means an end to Defense Sector’s prosperity?

The election of Democrat Barack Obama as the next American president has left onlookers questioning the future of U.S. defense spending. The Pentagon under the Bush administration witnessed unprecedented budget growth as a result of towering base budgets combined with hundreds of billions of dollars in supplemental wartime funding. Given the government’s growing deficit and the fragile state of the U.S. economy, these soaring budgets would have been deemed unaffordable no matter which party entered the White House. “The tremendous spending increases of the last eight years therefore appear to have come to an end, though that is not to say that sweeping cuts are looming,” said Shaun McDougall , Forecast International’s North America Military Market analyst.

Having the biggest impact on topline spending in the near future will be the war in Iraq , as overall levels of defense spending will gradually decrease as violence declines and the pace of operations winds down. “It should be noted, however, that the military will still require significant recapitalization funds to replace lost or damaged equipment even after combat troops are withdrawn,” stated McDougall. Obama will stand by this critical investment, though he will seek to end the days of supplemental spending bills by consolidating all defense appropriations. This move will provide improved oversight of wartime funds, and could put an end to some questionable procurement strategies.

Iraq demonstrated the unpreparedness of U.S. forces to sustain prolonged ground operations, as proven by extended deployments in the face of falling readiness levels across the board. In response to these shortfalls, Obama will continue a plan initiated by President George W. Bush to expand the Army and Marine Corps by a combined 92,000 members, which will require a substantial financial commitment in terms of both personnel costs and associated equipment. The National Guard and Reserve forces have also been strained by the wars, and will require continued investment as they prepare to face future domestic and foreign challenges.

One should therefore not anticipate the same drawdown that came under President Bill Clinton following the fall of the Soviet Union. “The spending vacation of the 1990s has had a dramatic impact on today’s military, one that the Pentagon is still struggling to recover from,” McDougall states. The Air Force’s aircraft fleet continues to age, and the Navy’s 280 deployable ships are not enough to support the service’s maritime strategy. Obama says that the U.S. “must preserve [its] unparalleled airpower capabilities to deter and defeat any conventional competitors,” and adds that he would support naval recapitalization by replacing aging ships and modernizing existing platforms.

Myriad national security threats around the world will also stave off potentially crippling budget cuts. The ability to wage full-spectrum warfare is essential when potential adversaries run the gamut from decentralized non-state actors to growing conventional powers. Obama plans to continue to prepare the military to “succeed in both conventional wars and in stabilization and counterinsurgency operations,” says McDougall. His stance will likely require the Pentagon’s defense budget to continue at or slightly above inflation in the near term, and overall spending will be higher when wartime requirements are included.

This is not to say that the DoD will be impervious to today’s fiscal constraints. Each of the Pentagon’s programs will be assessed by the incoming administration, and indeed some will be reduced in scope or cut altogether. Missile defense, the Airborne Laser, and the Army’s Future Combat Systems will face the most scrutiny from an Obama administration early on, as will efforts to replace a deteriorating nuclear stockpile. Additional savings can also be expected through sorely needed acquisition reform, which Obama strongly supports.

Obama’s priorities will be made more apparent upon his retooling of the U.S. National Security Strategy, and even more so following the release of the next Quadrennial Defense Review, which will provide a comprehensive long-term view into the administration’s future defense plans. “Despite a new party in the White House, the new strategic documents in many ways will contain more similarities with their predecessor’s than differences,” McDougall says. The Pentagon will face the same daunting challenges on Inauguration Day that it confronts now, and any administration would be hard-pressed not to maintain a healthy defense budget. 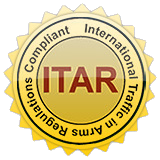 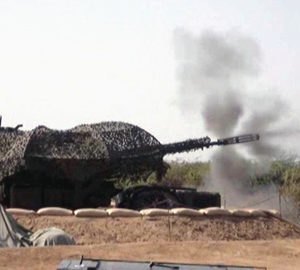