One of the missions combined autonomous aerial and ground surveillance, performed by the Fire Scout and a Small Unmanned Ground Vehicle (SUG-V). On one such mission the Fire Scout flew to a specific area of interest, surveyed the area to ensure it was clear, and landed autonomously within its pre-planned landing point. When Fire Scout’s on-board skid sensors detected contact with the ground, a command was sent to release the unmanned ground vehicle. Once the SUGV deployed, the Fire Scout ascended and then loitered at a higher altitude to observe and provide a relay for commands between the UGV and its controller.

“Use of an unmanned system to carry other unmanned systems into battle could improve the speed of operations while protecting U.S. lives,” said Al Nikolaus, program manager of land-based Fire Scout at Northrop Grumman’s Aerospace Systems sector. “This demonstration provides another example of Fire Scout’s maturity, reliability, flexibility, and its ability to operate successfully with currently deployed systems.” said Nikolaus.

On of the most significant aspects of the communications relay demo was how fast the payload was integrated on Fire Scout and flown successfully on multiple AEWE missions: ‘from start to finish, the process took less than three months; installation, check-out and first flight of the MAINGATE hardware at AEWE took just one day. The success of the MAINGATE demo reinforces the maturity and versatility of Fire Scout’s modular design” said Nikolaus. 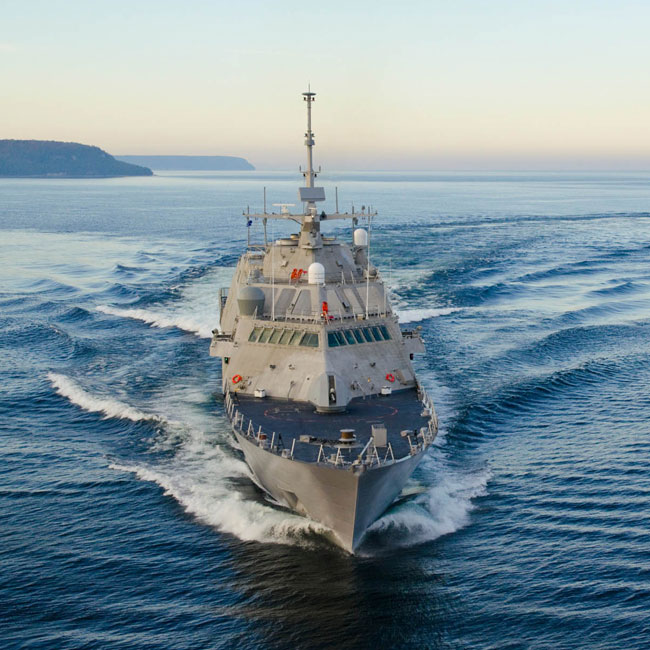