One of the most modern Advanced/Lead-In Fighter Trainer in production today, the M-346 from Alenia Aermacchi is gathering momentum to become the leading trainer preparing future combat pilot to fly the latest generation fighters. On the way, it will have to fight tough opponents, from the BAE Systems’ Hawk – being the market leader in the past 35 years, and still going strong with the latest AJT version, and Korean T-50 Golden Eagle, eagerly promoted by Korea and U.S. based Lockheed Martin, still awaiting the international breakthrough.


Sofar the M-346 was selected by three countries – Italy, UAE and Singapore. The Italian Air Force has also selected the aircraft for its Integrated Training System (ITS), comprising 15 aircraft. In the United Arab Emirates the M-346 will provide the core of their new training air fleet, training pilots to fly the F-16 Block 60 fighter. The UAE intend to buy 48 aircraft, 20 to be configured with secondary light attack capability. Singapore has also selected this model for their Fighter Wings Course (FWC) requirement. The new trainers will replace the current fleet of two-seat A-4 Skyhawk advanced trainers, training Singaporean pilots to fly the RSAF F-16 Block 52 fighters.

In a joint initiative promoting the aircraft within the European community, EADS Defence and Security (DS) and Finmeccanica have teamed to propose the M-346 for the Advanced European Jet Pilot Training (AEJPT) program, replacing the 40 year old Alpha Jet still in service with nine European air forces. M-346 is offered by this multi-national team as the ‘All European’ trainer, meeting the requirements of the AEJPT nations and the European Defense Agency (EDA) in terms of capabilities, flexibility, training effectiveness, interoperability, geographic allocation and industrial work share. The team intends to involve all other European firms from AEJPT member countries in the training service and base operating activities.

Another opportunity for the M-346 is the Israel Air Force, seeking to replace upgraded single-seat operational trainers such as the A-4 Skyhawk and Block 10+ F-16A Falcon. The two finalists considered by the Israel Air Force are the M-346 and the K-50 proposed by a Korean Aerospace (KAI) and Lockheed Martin. Israel Aerospace Industries and Elbit Systems have also reached an agreement supporting the platform selected by the IAF with full training and logistical package. Both companies are already providing such services supporting lead-in trainers, advanced trainers and simulator farms operated by the IAF.

The latest prospect is Poland – which published this week an international tender for the delivery of the Lead-In Fighter Trainer (LIFT) – as part of an Integrated Aviation Personnel Training System, to include 16 jet trains, training and logistical support. Poland expects the bids by October 4th, 2010. Potential bidders expected to submit offers are Italian Alenia Aermacchi of the Finmeccanica group, the company brought its latest trainer, the M-346 to MSPO, Poland’s annual defense exhibition.  Finmeccanica has set its eyes on the Polish opportunity for several years, with the M-346 participating in evaluations in Poland and Polish airshows and events since 2006.

Both M-346, Hawk AJT and T-50 are expected to compete for the world’s largest opportunity for jet trainers – the USAF trainer replacement competition (T-X). BAE Systems has already announced its plans to compete, the likely opponent is Lockheed Martin, teamed with KAI on the T-50. As for Finmeccanica, the Italian group is expected to team with a U.S. group to effectively compete with these two giants. Among the candidates are L-3 which already participates with Alenia on the C-27 program. 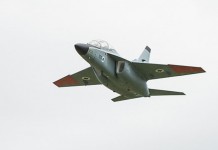 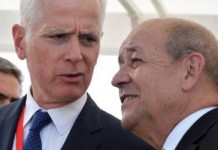