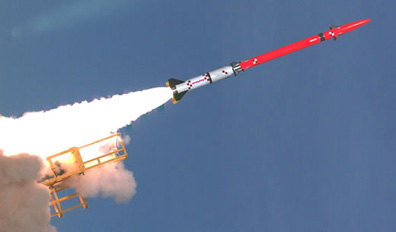 According to the Missile Defense Agency announcement, the David’s Sling Weapon System Project Agreement will advance efforts to develop Israel’s capability to intercept short-range and theater ballistic missiles, large-caliber rockets, and cruise missiles. It is capable of intercepting ballistic targets fired at distances of 70-250 km. Developed as relatively low cost weapon (compared to the Arrow 2 alternative) Stunner missiles are designed with dual seeker enabling the missile to detect, track and home in on its target under all visibility and weather conditions, within and beyond visual range. The new system will become the lower tier of the multi-layered missile defense system, integrating the Iron Dome Counter Rocket, Artillery and Mortar (C-RAM) system, David Sling, Arrow II Endo-Atmospheric missile interceptor and Arrow-3 Exo-Atmospheric missile interceptor, providing the upper-tier layer. Both Stunner and Arrow 3 are hit-to-kill missiles, while Iron Dome and Arrow II are designed to kill targets at close proximity.

The continued project signed yesterday will continue the development of the Stunner Interceptor developed jointly by Rafael and Raytheon. David Sling system also comprises a command and control system developed by Rafael and mPrest (which also developed the Iron-Dome C3 system) and the IAI/Elta multi-mission radar, providing the primary sensor for the system. David’s Sling will also address the threat posed by the types of inexpensive and easily-produced short-range missiles and rockets used during the 2006 Lebanon War, and will also advance low-altitude intercept technology and provide that technology to benefit U.S. and Israeli industry.

The Stunner missile has already demonstrated in test flights; the current phase will enable the team to expand testing of the entire system, as part of the original development schedule the system could reach initial operational capability in 2013. Arrow 3 is also expected to become operational by the middle of the decade. Beyond the missile defense application, Israel is also considering using the Stunner missile as the next generation successor for its air/air missiles.