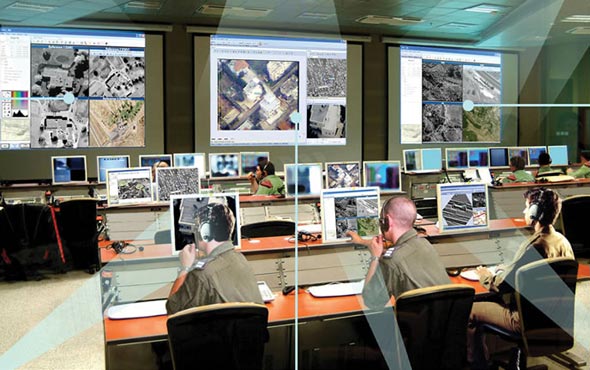 The German Air Force became the first international customer for Rafael’s new ImiLite multi-intelligence Intelligence Surveillance and Reconnaissance processing system. The Luftwaffe will be using the system to process and fuse real-time video and imagery obtained from Rafael’s Reccelite pods, flown on Tornado recce planes and Infra-red/video provided by the new IAI Heron UAVs recently deployed to Afghanistan. Until the introduction of ImiLite, ISR sensors operated as ‘stovepipes’, each monitored and controlled by its own control system, feeding processed feeds to central ISR facility, a process that typically accumulates significant delays.

According to Haim Jacobovits, Corporate VP and General Manager of Network Centric Warfare Sector at Rafael, ImiLite links directly to these ISR feeds, and is capable of processing multiple sources in parallel, fusing the different feeds into multi-source real-time ISR products. One of the systems’ main advantages is the analyst’s ability to ‘peel’ off layers of information, to uncover hidden details and clues at specific layers captured by each of the different sensors coupled to the system. Such analysis can be performed in real time on live video, or by tracking back past events through a forensic analysis, to identify and track back relevant objects or events yielding intelligence value. Rafael’s ImiLite solution is also addressing future Persistent Wide Area Surveillance (PWAS) capabilities. Rafael plans to base its PWAS solutions on field proven technologies, such as the RecceU reconnaissance pod optimized for Unmanned Aircraft Systems.

Rafael is introducing the ImiLite next week at the Land Warfare Conference in Australia. The company is hopeful that by gaining experience through the successful deployment with the Luftwaffe, other Reccelite operators engaged in contingency operations will also select the system. The system can be deployed on contingency missions packed in two truck or air mobile shelters. Beyond current ISR exploitation and future PWAS applications, Rafael positions the new system for various homeland security applications, such as border control or ‘safe city’ programs.