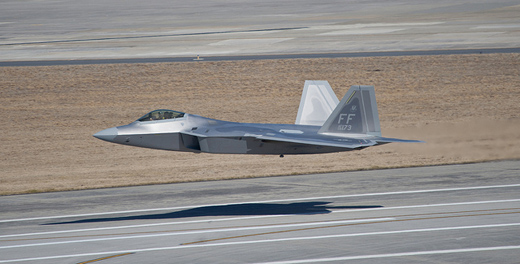 Lockheed Martin Corp. has received a $726.6 million contract modification from the U.S. Air Force for the sustainment of the F-22 Raptor fleet. This modification is for the 2011 Follow-On Agile Sustainment for the Raptor (FASTeR) sustainment contract, a Performance-Based Logistics (PBL) program providing weapon systems sustainment of the F-22 fleet at all operational bases. In 2010 these locations included to Guam, Japan and the United Arab Emirates. In January, F-22s from Elmendorf AFB, Alaska, flew 100 percent of scheduled sorties during a deployment to Kadena Air Base, Japan.