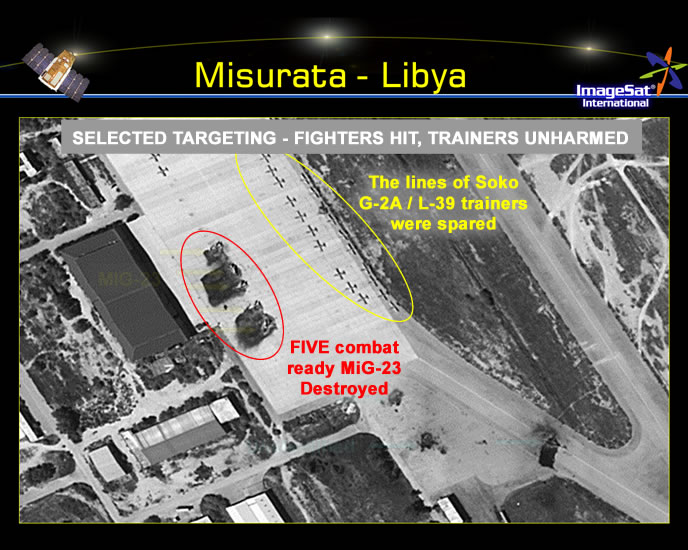 Post strike Battle Damage Assessment (BDA) views taken after NATO attacks at the Libyan Air Force base at Miserata, prior to the rebels takeover of the town. These views clearly show the precision of the attacks and the quality of prior intelligenceNATO had on the base. The air strikes performed with precision attacks hit could hit only operational aircraft posing threat to the rebels, but left two dozen trainers unharmed, parking on the same area. (above) Elsewhere at the base, the attacks were also directed at hangars where surface to air missile were stored, Two hangars were hit, destroying SA-3 and SA-2 missiles stored there, which were kept hidden to replenish and reactivate SAM sites. Photos: EROS B satellite, Imagesat.