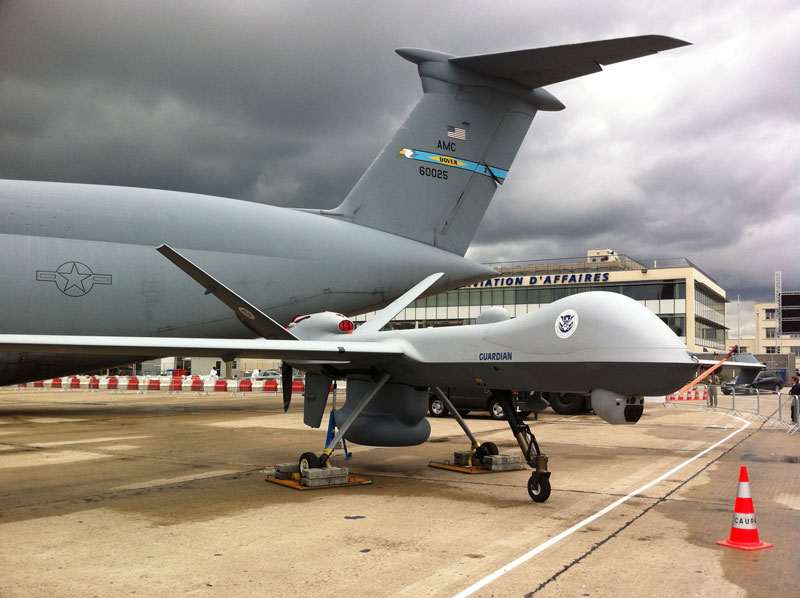 U.S. Customs and Border Protection (CBP) is displaying the Guardian, its maritime variant MQ-9 Predator B Unmanned Aircraft System (UAS), at the Paris Air Show 2011. The Guardian is flown from its home base at Cape Canaveral, Fla., to Le Bourget, France, onboard a U.S. Air Force C-17.

CBP procured the remotely-piloted aircraft to enhance the agency’s long-range maritime surveillance, detection and targeting capabilities in the source and transit zones of the Eastern Pacific, Caribbean and Gulf of Mexico, as well as support anti-terror efforts along maritime smuggling routes.

Guardian began operational testing and evaluation in Cape Canaveral Air Force Station in February 2010 and began conducting missions in April. As part of the modification for the CBP mission, a Raytheon SeaVue multi-mode radar was integrated on board along with the Raytheon MTS-B EO/IR and Automated Identification System (AIS) marine search radar was added to the aircraft. This past spring, the agency was honored with a the Aviation Week and Space Technology Laureate Award, for the successful integration of the radar payload.

Since the inception of the CBP UAS program, the Office of Air and Marine has flown more than 10,000 hours, responding to requests for support from CBP ground agents and in support of CBP partners in disaster relief and emergency response, including various state governments and the Federal Emergency Management Agency (FEMA).