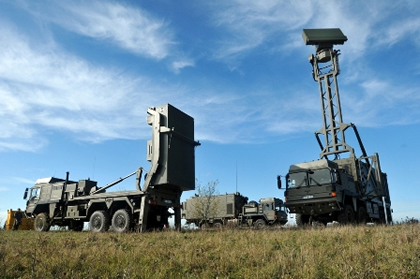 MBDA has delivered the first VL MICA naval surface-to-air defense systems to the first export customer and is moving the land-based VL MICA land system into production, anticipating first export deliveries starting in 2012. The launch customer for both systems is believed to be Oman.

The naval-based Mica-VL will be deployed on three Omani Navy Khareef corvettes scheduled for delivery starting in 2012. The land-based version is expected to replace the obsolete Rapier currently in service with the Omani land forces. The Moroccan Navy is also believed to be a customer for the Naval Mica VL , to equip its Dutch built Sigma class corvettes built in the Netherlands.

Mica VL (Land) has been ordered by the French Air Force and part of the system’s equipment has already been delivered to the French airbase, where the system’s elements will be networked to validate a standard operational configuration. The French Air Force has taken part in the VL MICA land program since 2009, as part of the technical and operational assessment of the VL MICA demonstrator.