November 18, 2011: Sweden has requested accelerated delivery of 15 UH-60M Black Hawk helicopters to meet the scheduled deployment of Swedish military in Afghanistan in April 2013. The first four helicopters were delivered this week to the U.S. Army, which manages the delivery of the aircraft via Foreign Military Sales program. The U.S. Army will further modify the aircraft with a variety of equipment, including an exterior rescue hoist, gunner seats, armored floor, stackable litters, a cockpit heater and environmental control system. Swedish aircrew already flight qualified in UH-60M aircraft at the U.S. Army Aviation Center of Excellence, Fort Rucker, Ala. will receive follow on unit training at the Swedish Air Force base in Linkoping following the arrival of the first four unmodified aircraft in Sweden in early 2012. (Defense-Update)

November 17, 2011: Airbus Military has opened a new Maintenance, repair and Overhaul (MRO) service center near Warsaw, Poland to support C295 aircraft. The new facility is the second service center Airbus Military has established in Europe, in addition to the first center operating in Seville, Spain. The new center will support 11 C295 currently operating with the Polish Air Force and other potential customers in Europe. The facility utilizes the assets of EADS PZL Warszawa-Okęcie, now Airbus Military, the Polish company has been granted a certificate to service Airbus Military C295 airlifters, following training of 30 personnel in Seville.

A new active protection system developed by Rheinmetall and ADS GmbH was successfully demonstrated in live firing test earlier in the summer of 2011, validating the design parameters of the proprietary AMAP-ADS blast-based defeat mechanism in development by IBD Diesenroth for years. Since the test ADS has booked a first serial order for the system. (Defense-Update)

November 16, 2011: The PAC-3 Missile Segment Enhancement (MSE) performed a successful intercept test today, the first time it was fired from the Medium Extended Air Defense System (MEADS) MEADS lightweight launcher and employed the MEADS system battle manager. The test followed a successful simulated engagement against targets representing realistic missile threats, performed earlier this week as part of the ‘plug-and-fight’ testing. The test series demonstrated successful integration of BMC4I hardware and software by completing essential system functions including attaching and detaching the launcher from the MEADS plug-and-fight network; These tests represent an important step toward the integration and test events to be conducted at Pratica di Mare, Italy. (Defense-Update)

November 14, 2011: Following type certification of Alenia Aermacchi M-346 advanced jet trainer by the Italian Ministry of Defense’s certification office in June 2011, the Italian Air Force has formally accepted the first T-346A variant of the aircraft designed specifically to its requirements. The first aircraft will soon be followed the second plane procured under a under a €220 million contract for an integrated training system comprising six aircraft, signed in 2009. The first two will be assigned to the Flight Test Unit at the Pratica di Mare air base, where it will undergo operational tests. The Air Force will take delivery of the other four aircraft and the associated ground-based training system by 2012, thus becoming the first air force in the world to have the use of a training line based on the M-346. One of the M-346 prototypes participating this week at the Dubai airshow crashed at sea off the Dubai coast, on its return flight to Italy.

German Government to Own Part of EADS

November 11, 2011: The German state-owned development bank KfW Group acquired 7.5 percent shares of EADS, valued at 1.2 billion euros ($1.6 billion), maintaining parity with France in ownership of the European aerospace & defense giant. Germany has failed to find an investor to swap the German share of ownership of EADS owned by the Daimler group, after Daimler decided to divest part of its holdings earlier in 2011. Under the agreement that created EADS, the parent of Airbus SAS, investors from France and Germany must hold balanced voting rights in the company. (Blumberg)

November 11, 2011: Cassidian Spain won a Spanish Air Force contract to provide MRO services for twelve C130 Hercules military transport planes. The contract runs until 2015 and includes all maintenance of the fleet of 12 aircraft which is beyond the capacities of the Air Force repair depots. The work will be carried out at Cassidian’s facilities in Getafe, Technical assistance will be provided at the Zaragoza air base and the depot facilities in Seville. The contract also includes purchasing of spare parts, and modifications of the aircraft. 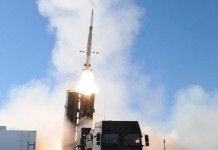 Germany to Replace its Patriots SAMs with MEADS 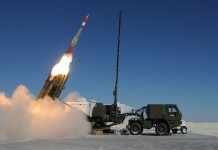