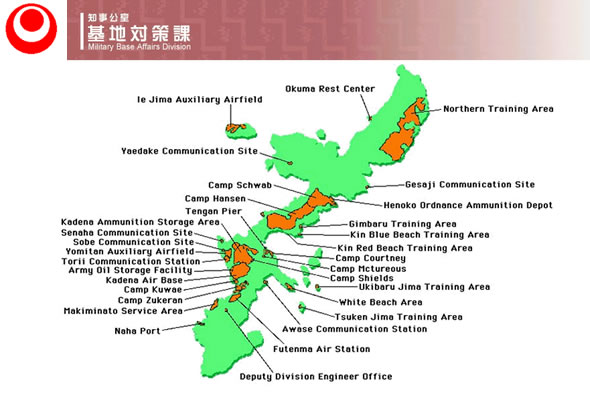 After sixteen long years of debate and aggravating delays, the United States and Japan have reached an agreement to reduce the presence of US Marines on the southern Japanese island of Okinawa. Okinawa, some 400 miles south of the Japanese main islands has been a key strategic forward base for the United States in the Pacific since it was captured by US forces at the end of World War Two in 1945.

Joint statements were issued in Washington and Tokyo on 26 April hopefully bringing a resolution to an issue that has often been a political “hot potato” for the leadership of both nations and has, at times, posed a serious threat to the long-standing US-Japanese defense alliance. Japan remains a key partner in America’s strategic vision to guarantee stability in the Asia-Pacific region and in so doing, encourages the political and economic development of the entire region.

Okinawa has long served as home to a sizeable US military force conditioned and trained to act as a quick reaction force capable of responding to any credible military threat in the region. For many years the US focus was on blunting Cold War Soviet Union aspirations of encroachment in the Pacific. These forces also represent a key deterrent to prevent a repeat of North Korea’s 1950 invasion of the South.

Okinawa is presently host to more than half of the 47,000 US forces stationed in Japan, a fact that has been the source of intense opposition from Okinawan residents.

The present air-ground-logistics capabilities of the III Marine Expeditionary Force (III MEF), coupled with the USAF air assets at Kadena Air Force Base, are considered to be a critical counterbalance to offset China’s military growth and aggressive pursuit of natural resources in the region. The US military forces in Okinawa and Japan proper have also developed into a humanitarian response force capable of providing rapid assistance to nations in the region that are overwhelmed by natural disasters.

A 2006 relocation proposal, revised in 2009, called for the movement of approximately 8,700 Marines and more than 9,000 dependents from Okinawa to facilities on the island of Guam some 1,500 miles to the southeast. This plan carried a price tag of some $21.1 billion in construction costs to execute. This plan has garnered increasingly antagonistic opposition from members of the US Congress. Key members of the Senate Armed Services Committee earlier this year suspended funding for the relocation until they received detailed briefings from the Pentagon to satisfy their demand that all viable options had been explored fully.

Under the new proposal, Japan will accept responsibility for $3.1 billion of the $8.6 billion cost for relocation. The plan fits nicely with an agreement concluded with Australia authorizing the rotation of 2,500 Marines through Darwin. The first contingent of Marines have already deployed to Australia.

As outlined, 4,700 Marines would be permanently moved to Guam with an additional 2,700 being moved to Hawaii and other locations in the Pacific on a “rotating” basis. That will still leave approximately 10,000 Marines in Okinawa and eventually another 2,500 in northwest Australia. A significant number of these Marines are expected to be deployed away from their home bases for extended periods of time further reducing the burden on local hosts.

This realignment will place integrated Marine air-ground task-organized forces at strategic locations forming an arc throughout the Asia-Pacific region. Okinawa will continue to be the nerve center of Marine forces. The two nations have agreed that Okinawa will continue to host aviation operations, the 31st Marine Expeditionary Unit (31st MEU), and the III MEF’s command structure.

As part of this force realignment, the Marine Corps also plans to rotate units through the Philippines, South Korea, Thailand, and other sites for training and the US Navy is expected to deploy ships in and out of Singapore. The US and the Philippines are rumored to be negotiating a separate joint basing scheme that was not addressed by Pentagon officials.

Once completed, the realignment will feature a chain of bases stretching some 7,700 miles from California to Japan with the ability to provide force projection as far as the Indian Ocean. A key part of the relocation effort is a return to the Unit Deployment Program (UDP) where individual units are deployed to the Pacific for six-month rotations after which they return to their home base. The UDP operation was greatly curtailed during the Iraq/Afghan conflicts.

Another significant feature of this new proposal is a tentative agreement for both nations to establish working groups to discuss cooperative arrangements for building the first ever joint training facilities in Guam or possibly Tinian in the Northern Mariana Islands. This idea is a major advance for Japan given its pacifist constitution and political environment.

This realignment of forces was developed as a practical means of lessening the level of uncertainty and tension among Asia-Pacific nations that threatens economic growth and political development in the region. The plan also helps to strengthen the US-Japan defense alliance and opens the door for further integration of US and Japanese forces.

Also, the force realignment will serve to better protect US forces from attack by hostile elements equipped with sophisticated weaponry and cyber warfare capabilities. A dispersion of forces makes them more difficult to locate, target, and disrupt.

US Department of Defense representatives consider it essential that a force-in-readiness numbering some 19,000 Marines be maintained in the Asia-Pacific region to meet whatever contingencies may arise. These forces will be organized into integrated air-ground task forces that can be structured to meet specific needs. Both nations agree that this continued Marine presence is critical to the maintenance of stability in the Pacific.