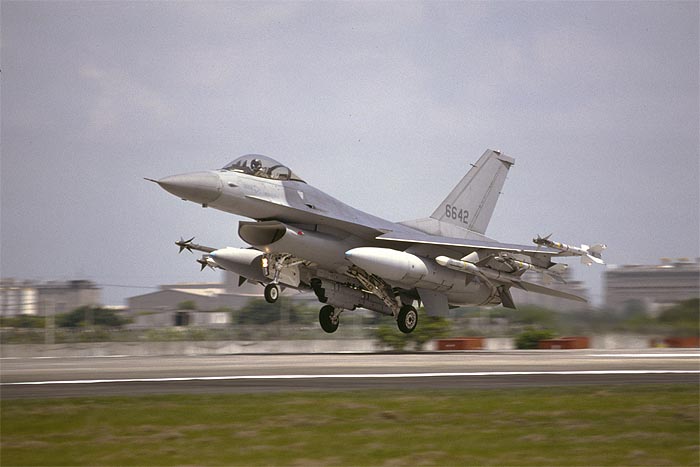 On 13 July, Taiwan signed a Letter of Offer and Acceptance (LOA) valued at $3.7 billion for an upgrade of its fleet of 146 F-16A/B Block 20 Fighting Falcons. The signed LOA now opens up competition for final selection of upgrade providers and will be handled through the US Foreign Military Sales (FMS) program under the administration of the Defense Security Cooperation Agency (DSCA).

While Lockheed Martin and BAE Systems have been in intense competition with each other for the past year over which company would secure the contract to provide the upgrade, it appears that BAE Systems has now lost that battle. Defense sources have reported that Lockheed Martin and Taiwan’s state-run Aerospace Industrial Development Corporation (AIDC) finalized a Memorandum of Understanding (MOU) on 11 July calling for the formation of a strategic partnership to carry out the upgrade. The reports say that Lockheed’s Vice President of International Business Development, Ana Wugofski, and AIDC President, Butch Hsu, signed the MoU at the Farnborough International Airshow.

Lockheed spokesperson Laura Siebert is quoted as saying that AIDC and Lockheed have a long history of working together in the development of F-16 upgrades and that Lockheed is “impressed with AIDC’s capability” and the company is “looking forward to the opportunity to expand this relationship as we begin to implement the Taiwan F-16 upgrade program.” With the Lockheed/AIDC MoU signed, it appears fairly certain that BAE Systems is no longer in the running to perform the upgrade.

An intense battle remains to be fought over selection of the firm that will deliver the Active Electronically Scanned Array (AESA) portion of the upgrade. Both Raytheon and Northrop Grumman have been pursuing an aggressive strategy to lock-up the contract. Raytheon is promoting its Advanced Combat Radar (RACR) in competition against Northrop’s Scalable Agile Beam Radar (SABR).

Both Raytheon and Northrop are also expected to be offering the same radar systems in competition for a contract to upgrade South Korea’s fleet of KF-16C/D Block 52 fighters and an anticipated Singapore F-16 AESA upgrade sometime in the future. The US Air Force is also planning to upgrade several hundred F-16C/D fighters for the Air National Guard, under a similar modernization plan.